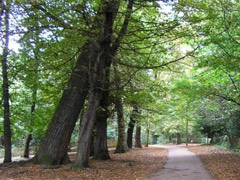 Holland House itself was bombed during the Second World War, destroying all but the ground floor. The East wing has been restored and currently houses a youth hostel. The ‘Belvedere’ restaurant occupies the former summer ball room of Holland House and temporary exhibitions are held in the other surviving rooms.
Holland House was one of the first great houses of Kensington and was occupied by Cromwell’s army during the English civil war.

Holland Park is also the site of the Kyoto Japanese Garden, an ecology and rose garden built for the 1992 London Festival of Japan.

Other facilities in the park include football pitches, tennis and netball courts, an adventure playground and a café. During the summer months outdoor opera and dramatic performances are staged at the open-air theatre. Peacocks and squirrels are abundant throughout the park.

Holland Park is considered by many to be the most romantic park in London due to the wooded walks and beautiful views. 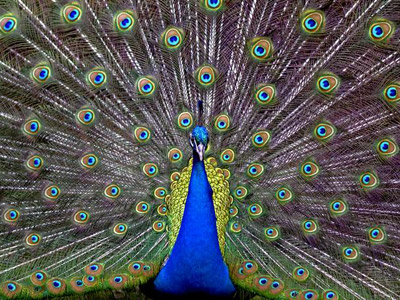 Sit amongst our colourful feathered friends