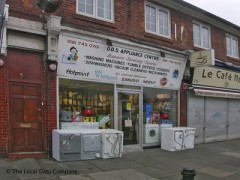 Reviewed by glenis day from east acton
I called them in the morning as my bosch washing machine was showing error code 18 which indicates a blocked filter, the engineer came within 15 minutes and fixed it ,very impressed

Reviewed by Sue Fennimore from London W12
Had my washing machine back up and running in 24 hours. Swift, efficient and affordable. Excellent customer service. Thank you.

Reviewed by Ms. D from Chiswick, London
I contacted Diamond Domestic services yesterday regarding a fault with a washing machine at my elderly father’s home. The person who took the call had a good idea of the fault after my explanation and the washing machine was promptly repaired at 9:00am this morning exactly the time given.

The actual cost was exactly as estimated and the person who did the repair was extremely courteous and did a quick, clean job.

Reviewed by M C from Stamford Brook
I called Diamond Domestic after they were recommended by a friend. The man said he would come out between 4-6pm, he turned up at 8pm without any phone call explaining his was running late! I didn't expect him to show.
After explaining clearly on the phone what was required he turned up without the relevant tools, so the job could not be done. He said he would return the following morning between 8--9.30am, he called at 9.30am to say he would not be able to do the job and suggested we find someone else.
Very poor service indeed!

Reviewed by HW from Ealing
They came quickly for an initial diagnosis (faulty appliance) and charged £50. Fair enough. But they were supposed to come back for the repair with the spare part (charging only for the part and labor). Over 1 month later, despite phone calls, messages and email, not a single reply. Do they exist anymore? If they do, they are not interested in new business or their reputation. Easy money I suppose.

Reviewed by westlondongirl
I used Diamond services 6 years ago and again yesterday for a washing machine problem.
Both times they showed up, fixed the problem in no time and left with their paymnent. They're busy (and friendly) people probably because they know their stuff and get booked out a lot. Would highly recommend.

Reviewed by Anonymous
I made 3 bookings. Every time they said it was fine and someone would attend but they never did. More to the point they didn't even bother telling me they couldn't do it.