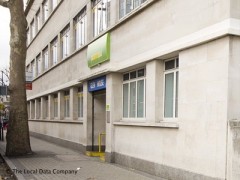 There are many Jobcentres which are located nationwide. Working within the Department of Education and Employment, they aim to provide a wide range of jobs for those who are actively seeking employment.

Reviewed by Kalpana from London
The most incompetent, arrogant people i have ever come across. Id been working all my life in managerial level, have 2 degrees but unfortunate circumstances brought me to this job centre, where people are so arrogant, i think they've never been to schools Iv been there 3 times and always came back feeling humiliated and insulting. When I see useless people like them having such positions..is there any justice? I have change borough and the new one is slightly better and listen to you as well. Good luck to the job seekers in Hammersmith and Fulham borough with these illiterates, unfriendly bosses.

Reviewed by Tina Aspan from W10
It took me 6 months to get Danny as my advisor and I refused everyone else, although Danny does not answer his phone as he's always busy I would recommend booking an appointment with him. I do agree with other comments on here, that Danny is a great bloke to sort your benefits out and get confidence in getting well again. He does't mess around, he gets his work done and he's never turned anyone away. Although he normally has between 1-6 waiting to see him, it's not very private as everyone is listening to your private affairs and info been given out. He needs his own private office

Reviewed by Tim Ahma from Barons Court
I recently moved job centres so I'm used to quite rude and stuck up staff at job centres across London. I met Danny for the first time in December 2012, he's alway's smiling, cheerful, happy, and goes out of his way to help you and boost your confidence.

Although Danny doesn't spend long with his clients due to the fact his workload is overloaded as everybody wants him, as his advisor. It's funny to see Danny's desk always busy yet other staff just sit there with a blank expression watching Danny do his stuff!

Thanks Danny! We all love you!

Reviewed by Carol Stewardson from Hammersmith London
I first met Danny Sheppard last week when I went along with a friend, he was so lovely and very understanding he has 15 years experience.

Well done Danny and hope the powers to be really take notice of you your worth it.

Reviewed by Katie from West London
I also agree with Danny the disability advisor he's a lovely guy. He referred me to a local group that deals with mental health and job searching group with his help and guidance I am now in full-time employment and my health is great. If only all job centre staff where so cheerful, happy and polite!

He also made me more confidence, positive and suggested local services for me. Even just listening to him deal with others brings a smile to my face. He would be excellent in training other job centre staff on how to deal with clients he really is one in a million! x

Reviewed by Adam from Hammersmith
Unfortunately I've been unwell and was referred to an advisor called Danny Shepard that deals with disability and sickness. He's the most nicest, kindest, and genuine job centre member of staff you'll ever meet. He will do his upmost to help and advise with his vast knowledge of local services and jobs, he deserves to be truly recognised by the powers at be. You walk away from him a lot happier and confident, he really is an asset to Job Centre plus and everyone seems to love him, his clients and team! No wonder his case load is overloaded. Your one in a million Danny, thanks so much!

Hammersmith council as a whole is this. Just a bunch of jobsworths who are so totally obsessed with ticking boxes they are not human anymore. Their powers of logic are brutally low and their obsession with &quot;computer says no&quot; mentality is at epidemic levels and woven into their culture to the extreme. Compassion is zero, really zero.

I &quot;dared&quot; to take my own signing book out of an open box on the usual desk I go to and you would have thought I'd launched a nuclear weapon. The open box had no warnings on it that I shouldn't have done this but 4 staff surrounded me and chose to humiliate me to the extreme drawing the attention of everyone in the place to me. I was simply trying to make it a quicker process for everyone, I was sat at the desk and I wasn't going anywhere.

Then they refused to go through their process because suddenly they &quot;couldn't be sure who I was&quot; (normally you do not need I.D. with you) - this is despite me telling them several staff downstairs have dealt with me and can easily identify me (not good enough for them??), then I offered to get a fax of my driving licence from DVLA sent to them there and then but they weren't going to be happy with that, then I offered if we go thru the process in the office today I would mail them a copy of my passport the next day (the same passport they saw 12 weeks ago) but they weren't happy with that either - so I suggested I simply bring my i.d. with me on my next signing date 2 weeks later if I am unlucky enough to still be unemployed in 2 weeks from now... oh no - lets not have any simple solution applied.. and so after humiliating me for 30 mins they told me to come back with my tail between my legs the day after....

being unemployed is humiliating enough, being treated like a child like this destroys you even more - its not necessary for humans to deal with each other in this way - why they choos

Reviewed by Sally from Hammersmith
Well, if you like turning up on time for appointments just to be left waiting (most commonly 10 - 15 mins) while staff (who are together 8 hours a day, 5 days a week)chat to each other about their holidays, families, ailments, etc - then Hammersmith Job Centre is the place for you. They will have the briefest of looks on their computer and then print you off 'suitable' jobs, so that when you check the printout at home and see it's in Norfolk, or you need a car and the job centre know you don't have one, or you need qualifications you don't have they will then act as though you obviously don't want a job because you didn't humiliate yourself by phoning up about the job and making it look as though you are incapable of reading their advert.
After 13 weeks or so unemployed the real fun starts - you move on to 'Stage 2' which consists of dragging you down there, and to various other parts of London that you can ill afford the fares to, so that you can attend 'back-to-work workshops' and CV writing workshops, meetings and so on. If you're really lucky the member of staff that you meet with won't be able to spell, won't know the Job Centre's basic rules and so WILL MAKE THEM UP! I swear I have had this happen to me by at least 2 members of HJC staff, when I later complained (after being penalised for taking their 'advice') I was on one occasion treated to the understatement 'well that's not very good, is it?'.
All in all, if being unemployed isn't making you miserable enough, pop down Hammersmith Job Centre, they'll do what they can to push you over the edge.