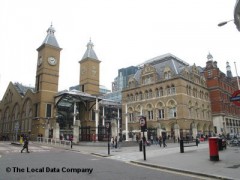 Supercuts is a chain of unisex hairdressing salons located all over the UK, providing haircuts for men, women and children.

Reviewed by Nicky from London
After using this hairdressers for over 20 years I was extremely disappointed with what I heard whilst plucking up the courage to finally get my haircut after the pandemic . I called the salon to book an appointment to be told even though I said I had my own ppe that I was expected to pay for the cleaning products to clean their equipment aswell ,to the tune of an extra £3.50 on top of the price of my haircut . As a business if they can't afford cleaning products to keep the salon open safely then why open atall. Regrettably after 20 yrs ,of being really happy with their service this was a shock and unfortunately will be looking elsewhere from now on.

Reviewed by Beatrix Rose from London
I was a bit wary of getting my hair cut at Supercuts but upon arriving everyone who was getting their hair done looked great.

However, this has been the worse hair cut I have ever had and I've had some pretty bad cuts. I've done better myself when I've hacked at my fringe between cuts. It looks like it's been hacked at rather than cut. It's like Russian roulette but with hairdressers. There are definitely some decent hairdressers working at the Liverpool Street branch but I was simply unfortunate to get the worse. At the end of the day if you pay £23 for hair cut, you get a £23 hair

Reviewed by Gary from London
Tried to get hair cut, only 2 people cutting, they never said how long the wait would be. After 50 mins I gave up, they are unfriendly and uninformative, it was busy Saturday afternoon, why only 2 people cutting They should also streamline for male customers as they are much quicker to do.

Reviewed by Katy82
I've just had a cut at Supercuts in Liverpool street station...A very bad experience! The hairdressers seem to be quite confident, professional and friendly, but at the end they can't wait to send you home. I went there because I just needed a trim up, which ended up in a totally different and obviously not so &quot;accurate&quot; haircut. Now I have a hole on the right side of my fringe and I need to wait at least a month before my hair grows properly to cover it! And what about the price? When I entered the shop they told me a price (twice), and at the end I paid £ 3,00 more, because the hairdresser used some products, barely asking my permission: he was already putting them on my hair, while he was asking me if I was happy to have it applied! When he finished, he did not even used the hairdryer to blow the cut hairs away from my face and obviously he left my hair totally uncombed! I would not recommend it to anyone. Never ever again!

Reviewed by mehvish
just the enquiry put me off.. awful customer service

Reviewed by LondonS
No queue, but once I sat down I was pushed from the outset to buy their products, they must be on commission as the girl who cut my hair basically told me my hair would never amount to anything unless I used their products. I politely declined but she kept on and on! Nothing like having a pushy sales person on at you while you are having your hair cut!

The cut was mediochre, the price was not. Wouldn't use again!

Reviewed by Anonymous
Haircuts are fine for the price but expect to be pushed into having a full wash and blow dry when you're just after a trim and have already washed it three hours prior.

I just got refused a haircut because there was &quot;too much hair&quot; - they actually said that, I wouldn't mind but I only had it cut there two weeks ago and my hair cut is about as average as you can get.

Not exactly friendly but convenient for the station.