Your All In London guide to Addiscombe 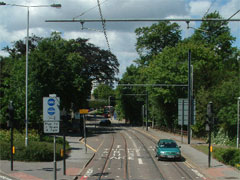 This district located just east of Croydon is in a prime commuter belt location. It’s hard to believe that up until the 18th century Addiscombe was entirely rural, until several grand houses appeared which were used as country retreats. In the 19th century a military training camp was developed as well as some light industry; housing inevitably followed. Today the area has a mixture of detached homes and purposed built apartment blocks; there are several pubs as well as a small parade of shops, however most residents venture into Croydon’s town centre for their retail needs, which is just 2 km away. Addiscombe is served by the local the tram line and a number of bus routes.

Going out in Addiscombe