Your All In London guide to Willesden Green 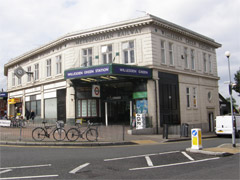 Willesden Green is one of the UK’s most ethnically diverse areas, with large Afro-Caribbean and Asian communities, as well as a considerable Irish population. The area was once very industrial, with many factories sprouting up after World War I; housing was built to accommodate the workers, thereby increasing the population. From the 60s onwards, many immigrants began to settle here; more recently there has been an influx of young professionals who can’t afford to live in Notting Hill. The high street is rather bare, with a few cheap shops nestled amidst the cafes and pubs, but there are plenty of green spaces, and Willesden is also home to London’s largest cycling club.

Going out in Willesden Green

Willesden Green is in...