These places are well worth a look 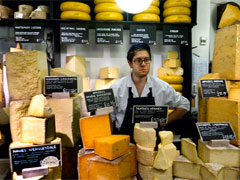 If you live in London then for some reason you're hard-wired to loathe anything even remotely to do with tourists... whether it's the attractions they frequent, the space they take up on a pavement or the questions they ask (two favourites are "How do you get to Totteningham Court Circus?" and "How often do you have dinner with the Queen?") well... DON'T. Tourists are just as welcome in our fair city as anyone else... Plus, we're nearly all tourists to some degree - how many of us were honestly born in sight of the Bow Bells?

So, don't take the long way around to avoid touristy areas, you might be surprised what you'll find there... as these great shops prove... 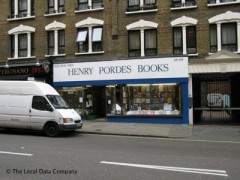 The streets surrounding Leicester Square may be filled with tacky souvenir shops, but Charing Cross Road has this gem of a bookshop. Here you'll find rare editions of classic novels as well as journals and academic titles. Among their specialities are the arts, cookery, military, architecture and history. They buy books too, so if you have any leather-bound tomes collecting dust you may bag yourself a small fortune. 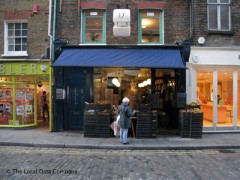 Fans of cheese will be in the know about this fantastic shop, but for anyone who isn't, the unmistakable whiff of cheese will soon make Covent Garden passers-by aware of its existence. One of the best things about Neal's Yard Dairy is that it demonstrates how Britain can produce cheeses to rival those of France, from hard sheeps' milk Berkswell to Stichelton blue made in Nottinghamshire. 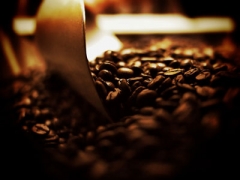 As well as selling coffee to go, this shop on Old Compton Street stocks blends fom all over the world as well as all the necessary implements for coffee lovers - cafettieres, espresso makers, bean grinders and more. They also sell exotic teas, from Argentinian yerba mate to lavender blossoms. 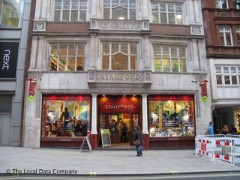 Stanfords is the world's biggest travel bookshop, and the shop in Covent Garden's Long Acre has been around since 1901. Not only do they do sell all the usual guides from Lonely Planet and Dorling Kindersley, they also stock a huge array of maps from all over the world. Even better, they will create maps specifically for your next walk, gap year or global adventure. 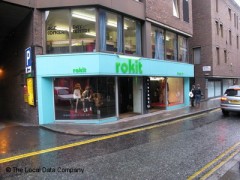 Way before vintage clothing became as commonplace as a Starbucks frapuccino, there was Rockit. Celebrity fans like Kate Moss helped to make the store famous, and as well as selling designer labels at bargain prices they're still a cut above the rest - we're taking shops selling H&M jumpers from 2001 and labelling them "vintage". They currently have stores in tourist hotspots Covent Garden, Brick Lane and Camden. 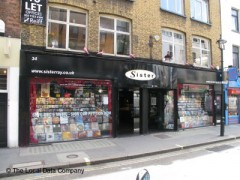 Named after a Velvet Underground song, Sister Ray is still the destination par excellence for music lovers and vinyl junkies. Their selection covers pretty much every genre (although you won't find any Justin Bieber here) and it's easy to spend hours nosing through their vast displays of CDs and LPs. 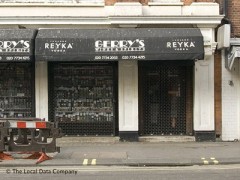 If you're looking for jalapeno-infused moonshine or violet liqueur, Gerry's will have it. This wine and spirits shop on Old Compton Street has been going strong for over 30 years, and you'll find everything from your usual wines and beers to exotic drinks not available anywhere else. They'll also let you taste before you buy! 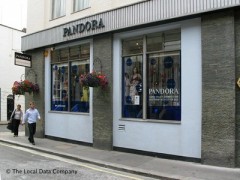 While most of us are resigned to only looking at the opulent designer clothes on display in Knightsbridge's high end shops, at Pandora we can actually afford to buy them. Miu Miu shoes, Chanel bags and even Balenciaga dresses are on sale at a fraction of their normal price. They may be second-hand, but they're never more than two years old and they won't accept clothing that doesn't look brand new. Hurrah! 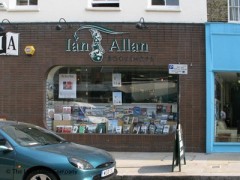 The founder of this bookshop near the South Bank was an avid trainspotter, so it stands to reason that this 60-year old shop specialises in the history of British rail and model railways. But there are also books about the importance of London's ports in the medieval era, 19th century military and the secrets of the London Underground, making it something of a mecca for history aficionados. 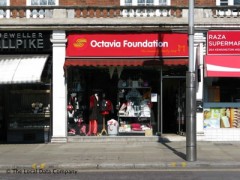 The Octavia Foundation provides support to thousands of people each year who are affected by illness, unemployment and social isolation. A large portion of their funds come from their charity shops, which sell stunning designer pieces like Karl Lagerfield dresses and YSL heels at ridiculously low prices. They have shops all over town - and if you're exasperated at the price of clothes in Notting Hill, Chelsea and South Ken, head over to one of their stores.