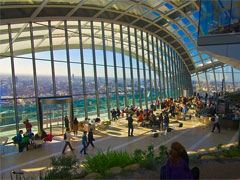 It really depends when you're reading this as to whether these attractions are new or not. Take it from us, when we wrote this these were all shiny and new. Ish.

Constantly at the bleeding edge of innovation with an unquenchable need for the new and the cool (like Jo Whiley's CD collection)... London powers ever-forward to push boundaries, amaze us and make us smile - or at least divert us from Twitter for 10 minutes.

The giant steel construction ArcellorMittal opened in 2012 in time for the Olympics. With a height of 115 metres, visitors climb or take the lift up 400 steps to a viewing platform from where they can gaze over the city. They've now added a slide - not just any old slide, but the world's tallest and longest. What this means is 40 seconds of fun to swirl around the construction a dozen times, before landing back on the ground.

The world's most popular art gallery has got even bigger. Their new building is devoted to film, live performances and installations, with works by well-known names such as Picasso and Rothko alongside those by artists the Tate are credited with introducing to the public. It's 10 storeys up from ground level with a roof terrace, so there are incredible views.

Hyde Park's Serpentine Gallery opened the Sackler Gallery in 2013. Designed by the late Zaha Hadid, it couldn't look more different to the Grade II-listed Serpentine with its futuristic, practically space-age appearance. It's a five minute walk from the original, showing a different exhibition each season of the year. It also has an acclaimed restaurant called The Magazine. 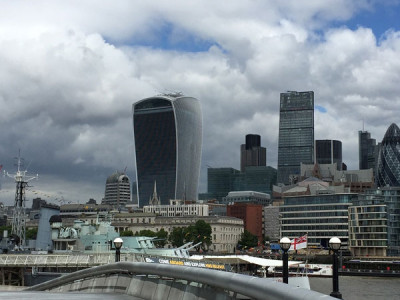 It's hated by some, who have compared it to a sanitary towel and given it an award for being Britain’s ugliest building. Others love it, in particular the BREEAM building and environmental assessors, who gave it a rating of excellence for its eco-friendly architecture. Nonetheless London's most divisive building is home to the rooftop Sky Garden on the 35th floor, a landscaped green space with great views that's free to the public, so whatever its design it goes one better than The Shard in this case. 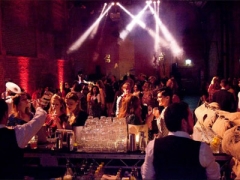 The tunnels underneath Waterloo station were once owned by The Old Vic theatre company, who used the space for film premieres and events like the fundraiser for a Bill Clinton-supported charity. Now under the ownership of House of Vans, it's a skate park meets arts complex complete with graffittied walls. There are film screenings, skating lessons, exhibitions and performances - the latter have included a re-telling of the kids' horror books Goosebumps.

The House of St. Barnabas

The House of St. Barnabas is a private members' club with a difference. Entirely non-profit, it's run by the Barnabas charity, and money goes into training homeless people to get jobs in the hospitality sector. For visitors, aside from joining as a member there are talks on social issues (Roisin Murphy on feminism), gigs curated by Giles Peterson and Rob Da Bank (who also happen to be founder members), and exhibitions. The permanent art collection has works by the Chapman Brothers, Tracey Emin and Damien Hirst among others.

JW3 is the only Jewish community and arts centre in the capital. While there are exhibitions by Jewish artists and talks of interest to the community, the arts programme is not restricted to this. Film screenings have included Paddington and Suffragette, and there are classes for creative writing and street dancing. The auditorium also doubles as a theatre for comedy, gigs and plays. The restaurant, Zest, has earned praise from top critics including Jay Rayner for its modern take on Jewish cooking.

Landmarks
Photos
Must Try
Best For

On the Regent's Canal near Camley Street Natural Park there's a platform with seating that floats on the water, known as the King's Cross Viewpoint. It's a quiet spot for picnicking and nature-watching, as the canal is a favourite haunt of swans and ducks. Created by Finnish architects, it has classic Scandi design, with pointed walls to shelter from the wind inspired by the jagged rocks on the Nordic coasts. 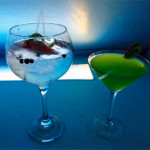 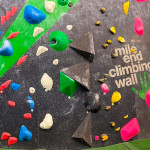