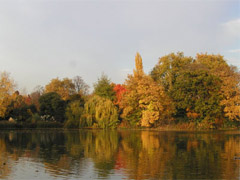 Battersea Park was founded and opened by Queen Victoria in 1858 as a place for London’s lower classes spend their recreation time in an attempt to curb the criminal element that swept London at that time. The 200 acre park lies on the bank of the Thames and offers brilliant views of Chelsea. There is a Park Office at the Pump House where maps and information are available, including a video of the parks history.

The Festival Gardens lie in Battersea Park; established in 1951 for the Festival of Britain, and are a spectacular example of flora and fauna from across the world.
In 1985 Buddhist monks and nuns constructed a Peace Pagoda near the bank of the Thames. The Pagoda is one of seventy built around the world to commemorate Hiroshima Day, the anniversary of the nuclear attack in 1945.

Acclaimed artist Henry Moore’s carving entitled ‘Three Standing Figures’ can be seen at the centre of the park.

Battersea Park attracts funfairs during bank holidays and holds a spectacular fireworks display every November. There is a boating lake, bowling green and children’s playground. More recent additions to the park are the pier and a boathouse along the bank of the Thames. 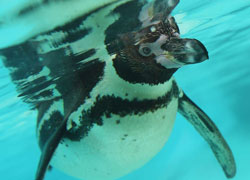 It may be smaller and cheaper than the London Zoo, but the Battersea Park Children’s Zoo is home to plenty of exotic creatures like rat snakes from the American desert, slightly unnerving bearded lizards from Australia and friendly short-clawed otters from Asia. The zoo is run by a family of animal lovers who partner with conservation projects around the world, so funds go towards breeding programmes for endangered species.