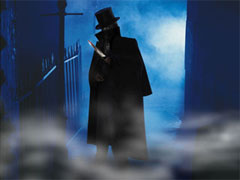 The London Dungeon has become one of London's most popular tourist attractions despite the fact that it is filled with over forty grisely exhibitions and examples of atrocities from British and European history. The museum appeals to our morbid curiosity though be warned - it is not to be recommended to those with a nervous disposition or squeamish nature!

The museum has multi media displays and modern equipment to aid visual and audio displays. Take a walk along a Victorian street which allows you to uncover gruesome reality of the infamous Jack the Ripper's crimes. If you feel that you can cope with more, see how the barbaric punishments of the British past were executed including boiling, drowning and torture under the reigns of Henry III and those during the French Revolution. There is also a recreation of the effects of the Great Plague which struck Britain in the seventeenth century.

You get the best of both worlds at the London Dungeon; a token dash of history to make it all feel like an educational experience, but more importantly a full, fascinating and graphic exploration of the barbarism of the past.

Note that queuing for tickets at the Dungeon can occur and that London Dungeons provide a fast-track system for those who have bought tickets on line in advance. Advance tickets are much better value - look out for 2for1 offers which are often available online. 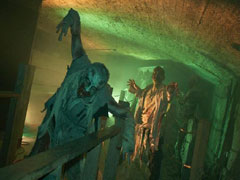 Once it was considered naff by all but the very young, but after arefurb and a move to County Hall the fear factor has been cranked up several notches. Experiences are immersive and sensory, so you’ll be able to smell, hear and feel terrifying characters like The Plague Doctor, Sweeney Todd and “The Torturer”.

Reviewed by koolie
This attraction is a must if you are interested in Londons history. Packed with fact and knowledge, an ideal place to educate the kids about our horrific past :D The interactiveness of the role playing guides makes it more fun and interesting, which you should take into account that no two shows the same.