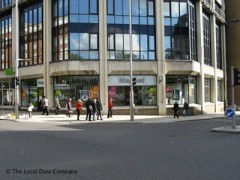 Tweet
About: Magnet provide a free kitchen and bathroom design service. They have interior designers in-house and provide a home survey and installation service.

The Latest User Reviews of Magnet

home improver, south kensington
Added: Feb 2011
I'm getting my kitchen from Magnet Kensington again, having used them the first time a few years ago. The kitchen first time round was lovely and everything was delivered on schedule, as planned, no problems whatsoever. There were a couple of draw panels which over time had very minor cracks, so I called the branch. The branch manager delivered replacement items especially to my house within a week, free of charge (I was 5 months pregnant at the time).

I know they do want you to have a fairly good idea of what and how you want your kitchen before an appointment with a design consultant. However I'm perfectly fine with it, knowing that's how they manage their staff cost and time. In fact, I'd rather they put such rules in place for filtering customers, than having actual customers paying the extras to accomodate for potential time-wasters. All in all, i'd say its quality kitchen, value for money, with very good customer care both during and after the purchase!

unbelievably rude staff who will not allow you to make an appointment unless you first give them complete details of what kitchen range and appliances you want. "To save wasting our time with people who aren't going to spend" I was told. Big mistake and they have a lost a big sale worth over 50k.
Added on Mon 17 May 2010 at 10:40:31 [report] [respond]
User Rating: 1 / 10

This is a review of Magnet Kensington. I have never used any other branch.

In order to be as subjective as possible I will simply list the facts. Others can then make their own mind up.


1. This magnet branch took around 5 months to finish my kitchen (and its not a big kitchen). Their original estimate was 1 week.
2. After around 2 weeks when they thought they had finished, I discovered they had wired an electric oven off the kitchen ring instead of the proper cooker supply.
3. They ran out of tiles twice. The first time the lead time on more tiles was 1 month and the second time about 2 weeks. When they came to finish the tiling the second time they rushed it and made a mess and so a third visit was required to retile parts of the kitchen.
4. They left live electrical terminals open at mains voltage for around 2 weeks after they had initially "finished".
5. They relocated the water stop tap in an "easy to access" position - behind the dishwasher.
6. After the first month, each time I phoned up the store with a new problem, I requested someone other than the original installer came to fix it. This request has been ignored on every occasion.
7. After they left, my dishwasher did not work. They refused to pay the repair fee and I was left to pay for this at my own expense..
8. The manager will not even discuss the issue of compensation with me.
9. They failed to lay floor tiles up to the kitchen door, originally leaving hallway carpet showing in the kitchen when the door was closed. They refused to fix this and I was left to fix a
t my own expense.
10. I will never use this branch of Magnet again.

1. The actual units and fittings are of good quality.
2. The bad points were due to installation people and what I consider very very poor customer service from the branch.