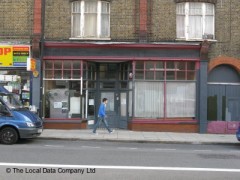 oscar, Los Angeles
Added: Apr 2015
The system of teaching is archaic and the days lessons are dependent on the mood of the principal. Its a hotchpotch of things he likes to talk about on the day - mainly himself. He has favouite s an they are noticably treated better thanthe rest, I was lucky to be a favourite, but the inequality was uncomfortable. He came too close physically to the young male actors including myself, and sometimes our lessons consisyedof of walking in a circle for 30 mins at a time whilst he took provatee phone calls.. This theatre school was his playground, his own paracosom Keep away.
Added on Sat 18 Apr 2015 at 21:39:36 [report] [respond]
User Rating: 1 / 10

Save yourself the time and money and DONT STEP A FOOT IN THIS HORRIBLE SCHOOL. I went there a few years ago and it was one of the worst experiences of my life. I lost so much confidence and self esteem - it took me about two years to recover from it all. The name of the guy that runs the school is George O Gorman and he shouldnt be allowed anywhere near human beings let alone teach people. While I was in the school, I witnessed some very innapropriate behaviour from George towards his students - it was disgusting.
You are only at the school 3 days a week and any trained actor knows that you need much more than this. It would have been worth it if the three days were productive but they werent; there were days we just spent standing around doing nothing. I learnt nothing from this school as the teaching was pretty much foundation level.
It is an awful, awful school and I pray more people will come forward and complain about it so that it is eventually closed down and Georege O Gorman can stop abusing young people by tricking them into paying for nothing. Honestly, George should be arrested.
To make things even worse, when I was there they only had 4 second year students!!! I figured out why pretty quicky because the 22 students in my year had reduced to only five by the third term!!! trust me people it is not worth it. Its better to spend years trying to get into an established drama school than waste time and money in an awful school and spend years recovering from the experience and regretting it all.
Also, the school is not known by agents and casting directors so when you come out you are basically screwed because nobody is willing to give you a job cuz they have never heard of the school! you have to go and re-train at a normal drama school. I will suggest you go to The City Lit if you cant afford a proper drama school because it is alot more known and the training does not cost alot and it is brilliant; I went there so I know.
I hope this helps. xxx

Baaad boys, bad boys whatcha gonna do? They're back.

Are you a dreamer too? Get your tickets for Amelie at The Other Palace
More features and events