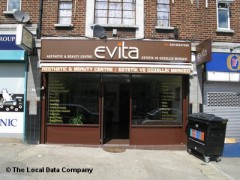 Reviewed by selan choudhry from enfield
Very poor service.. They are very unprofessional. lady who was doing my laser burnt my skin.. Now I have red marks all around the skin thanks god it was my last session.. The new owners doesn't seem like they know about good service.. I will never go back and I don't recommend to anyone...

Reply from Nil Manager
I personally disagree with your comments. Every member in our team is professionally qualified therefore they would not make a mistake of burning your skin during your laser session.

The new owners, which I am one of them, we have our qualifications and if you're willing to have a look, come around and I will provided you the documents as you commented above saying we are unprofessional. We have a lot of services to provide to our customers, and mainly all of them have been very pleased as you can check the views on each website about our business, so I count your comment as nonsense. If you had red marks all around your skin I would have recommended you to speak to one of our members during your session but as I can see, you only made a 'comment', which doesn't really seem realistic.

We provide the best and quality services to our customers and since the first day we became the new owners of this business, the pleasure of the customers has hugely increased. Each member in our business is qualified with diploma's, so by you saying 'they are very unprofessional' is not acceptable.

Reviewed by asli from Enfield
Get my laser hair removal treatment here and must say its worth purchasing. Excellent service, kind staff, recommend everyone to book a dermolica facial too !!

Reviewed by jeniffer alison from enfield
excellent treatments avaliable at Evita, ive had a relaxing non surgical face lift which has made a difference on my face. ill be visiting more often

Reviewed by pinar aksu from southgate
i am very pleased with the outcome and also very impressed with the improvments that Evita has made. it is under new managment and new staff, the staff is very welcoming and very friendly. i had a deep cleaning facial which helped my skin glow.

Reviewed by elly from waltham cross
had a really nice facial massage. thank you will recommend to everyone

Reviewed by Googol
When I have a treatment I believe I should feel pampered and relaxed after it. It's impossible to feel this if the salon is a noisy environment and the treatment given is not as advertised. The door to my room was opened during my massage by a small child yet no apology!? Not proffessional.

Reviewed by Jestina1
I can only echo what the last two reviewers said. This salon is the absolute pits. I took advantage of the Groupon offer, had my second treatment in December and refused to go back in January for the last session. The service is completely unprofessional. The first time I went another young lady that worked there decided to plonk herself in the room and wax lyrical about all things Turkish, this was rude and intrusive, why I didn’t speak up I’ll never know. The second time I went the girl doing the treatment was cold and unfriendly so I didn’t bother giving a tip; something I always do. But the worse thing that really got me mad is that a member of staff was showing a visitor around and decided to open the door whilst I was having my treatment, stand at the doorway and started a full conversation with this person, she didn’t even apologise for disrupting my treatment. What if I was having my bikini line done ? Give this place a wide berth. Their customer service is very questionable. Shocking experience.

Reviewed by mally mel
I totally agree with all of the first comment. I had to wait 15mins past my appointment time as the beauticians were munching on a bag of chips... which stank the salon out! Whilst having my treatment the owner of the salon came into the room a couple of times to talk to the beautician, in the end asking her to leave the room so she could explain something to her. The room was freezing. There was loud talking constantly in the corridor outside the treatment room. I have a course of treatments paid for so have to keep going back. There is no comparison in identical treatments given by different beauticians.... one left me for 15 mins with a mask on, the other massaged it in for 15mins, the last being the correct way I suspect.
All together a very unprofessional outfit.
So, if yr expecting a nice relaxing treatment, stay away you will leave there stressed and angry!

Reviewed by Dorcaz
We were made to wait over half an hour before being called through to the treatment area. While we waited, the salon staff continually went outside the front door to smoke. When we finally went through to the treatment area, we had to ask for the heating to be turned on; it was a cold winter's day (3rd January) and the treatment rooms were very cold. The beds on which we lay had no towel on, only the stretchy covering that protects the bed; it was therefore not clean. While I was having my 'massage' I noticed that the floors were filthy. The 'massage' was in no way as described above. The 'masseur' simply stroked and rubbed my calves, then stroked and rubbed my shoulders, finally stroking and rubbing my calves again. She then asked if I would like the hot towel treatment. I decided to give it a try. She put a warm towel on my back and left me on the table for 15 minutes, by which time the towel was freezing cold, resulting in my daughter and I suffering chest infections.
I then had the facial. The treatment was given by a very inexperienced girl, whose friend came in halfway through and proceeded to have a chat with her in their own language. I asked them to speak English, which they then did and proceeded to complain about how much work they were having to do. One of the girls then left. The remaining girl left several times to see to her baby which was in a pushchair outside. In addition to this, the other staff had their children in the salon and were very boisterous indeed. This was not what I expected. It was more like a playground than a salon. I believe the sponges used for the facials were dirty because my daughter and I suffered from skin problems immeduately after this treatment and my daughter's skin is still recovering.