Bourgeois, bohemian, the seat of New Labour and an ideal buffer zone between hip Dalston and overpriced Islington - De Beauvoir Town has been described as all these things. But does all that add up to a gentrification nightmare? 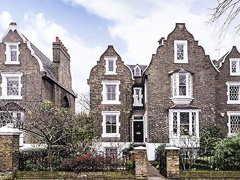 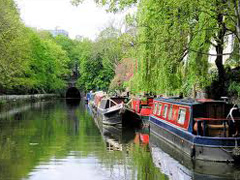 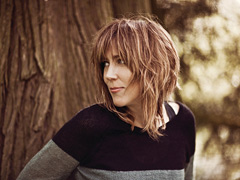 Where is it?
It’s neatly bordered by main roads; Kingsland Road separates it from Dalston to the east, Balls Pond Road from Stoke Newington to the north, and Essex Road from Canonbury to the west. The delights of Hoxton are just south of the Regent’s Canal, and Upper Street’s restaurants are a few minutes away by bus. Haggerston on the London Overground is the nearest station, which links to Highbury & Islington and New Cross via Whitechapel.

Tell me more
The area is named after the De Beauvoir family, who moved here after buying the Balmes Estate in 1640. Initially there was little other than farmland, however in time Balmes House became an asylum; it is believed this where the word ‘balmy’ comes from. The house no longer stands, but it was situated near where the Kingsland Basin is today, by Kingsland Road.

One day William Rhodes, grandfather of Cecil Rhodes, who became the founder of Rhodesia and chairman of De Beers, set about developing the area as an enclave for the wealthy. He claimed to have been granted a lease by Peter de Beauvoir, however the last remaining member of the family, Peter’s aunt’s great grandson Richard Benyon, alleged he hadn’t been of sound mind, and a after a lengthy dispute which ended up in the House of Lords he won the case.

Benyon’s plans were less grand than Rhodes’, as by the time he was able to begin construction work the potential moneyed residents had moved on. He named the roads after his private estates in Englefield, Berkshire and Downham; the current conservative MP for Newbury Richard Benyon is a descendant and the current owner of the estates (isn’t this just like six degrees of separation?)

The first pub in the area was the Duke of York at 33 Downham Road, now the American-styled Duke’s Brew & Que which houses the Beavertown microbrewery. Shops started appearing on Southgate Road in the 1840s, and slowly industrial enterprises started to encroach on residential roads. De Beauvoir Crescent, one of the poorer roads at the time, was taken over by light industry because of its proximity to the canal. The 20th century saw the creation of conservation areas to protect the oldest homes, particularly the properties on De Beauvoir Square, which have gabled roofs, bay windows and sculpted chimneys.
\n\nCan I afford it?
The most desirable properties, and therefore the most expensive, are on De Beauvoir Square. Their design makes them stand out - think about German fairy tale houses and you’ll get the picture. Here a three bedroom home can cost a whopping £1.5 million.

The surrounding area has Victorian homes on wide tree-lined streets; one bedroom flats are priced around £400k, while rent averages around £360 a week. The leafy roads with period semis morph into the post-war tower blocks of De Beauvoir Estate to the south of Downham Road. Prices are lower here, with a typical three bedroom flat costing in the region of half a million. Despite media reports of high crime on the estate, a quick investigation on the Met Police crime mapping website states that most burglaries are targeted around De Beauvoir Square, with most other crimes being deemed average or low in terms of figures.

What is there to do?
You can walk to Victoria Park along the Regent’s Canal in an hour. Sticking with the waterside theme, the Kingsland Basin is a marina with a floating allotment that provides fruit, veg and herbs for pop-up cafes and Christmas fetes, assuming you don’t own a barge you want to moor here.

There are several trendy canalside pubs and cafes on De Beauvoir Crescent, such as the Towpath Café, Shepperton Road is home to the Rosemary Branch pub theatre, and Southgate Road has the Hunter S pub with its urinals shaped like Mick Jagger’s lips.

To cater to the upwardly mobile there’s De Beauvoir Deli, which sells produce from Brindisa and Sipsmith gin. For cheaper grocery shopping and eating out there’s Kingsland Road. And of course, the nightclubs and bars of Dalston are just a hop and a skip away.
\n\nDe Beauvoir trivia
Restauranteur Mark Hix sells ‘De Beauvoir smoked salmon’, named after the time when he’d smoke the fish in his north London garden. Nowadays however it is smoked on the roof of Selfridges.

But even more famous than the above was local resident William Lyttle, nicknamed the ‘Mole Man of Hackney’, because for 40 years he tirelessly dug tunnels under his home. His burrowing caused pavements to cave in, flooding and power cuts when he hit a 450 volt cable, much to the annoyance of his neighbours. Lyttle offered no explanation for his digging other than wanting a cellar, so in 2006 the council evicted him and billed him £300k for repairs. He passed away in 2009 and in 2012 his property was sold for £1.12 million despite having no roof. 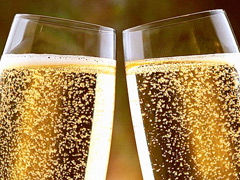 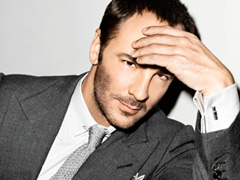 London’s best celebrity quotes
Regurgitate these quotes about the capital and impress your friends.