London is safer than ever before, but even though the chance of being the victim of crime is low, read on for some common sense precautions. 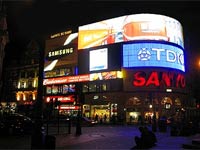 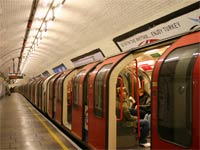 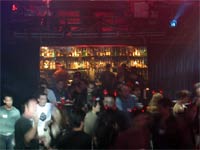 London is now, more than ever before, a twenty-four hour city: at any time there will be thousands of people making their way around, walking, using public transport and staggering menacingly: there are plenty of people around, the streets are brightly lit and most venues and clubs are well regulated.

London is safer than ever before, but even though the chance of being the victim of crime is low, there are plenty of easy steps that you can take to minimise it. The vast majority of crime is opportunistic: as long as you don't appear to be a target you probably won't be treated as one.

The first thing you need to do is to think about yourself and what you are carrying. Always keep keys and extra cash tucked away somewhere, so that if the worst does happen, you’ll always be able to get home.

Remember that most crime is targeted at bags and mobile phones. It’s easy to say that you shouldn’t carry anything extra, like a camera, an mp3 player or a fancy mobile phone, but, of course these things are there to be used and can’t be hidden at home for ever. So, feel free to take them and use them; don’t advertise them, keep them in nondescript cases and keep them on your person at all times.

On that note, it's best to carry as little as possible: large numbers of bags are not only attractive to thieves, but are also a lot harder to keep track of.

The most important thing that you have to remember in any party, club or pub is to keep your drink with you and covered at all times. Keep it right in front of you, or, preferably in your hand as it is all too easy for someone to spike it, even if you just walk a few steps away.

For the same reason it's not a good idea to let strangers buy you drinks. The rest is fairly obvious: always be wary of strangers, no matter how friendly and convivial the atmosphere of the place is. There's no need to be unfriendly, just be aware that you do not know anything about the person and that a late night party is not the best environment for making accurate judgements of character. You should apply the same level of caution and alertness to changes in mood and atmosphere.

It's fairly easy to stay away from trouble in London, but it's also easy to find and the ability to walk away when you feel uneasy is an invaluable aid to safety. This is the one area in which groups of friends can be a hindrance. Ordinarily having one or more friends with you is a huge safety advantage, they'll watch out for you, take care of your drinks and groups are a lot less likely to be mugged or assaulted than an individual. However, you must always remember that you are responsible for your own safety, if you feel uncomfortable with a situation, leave.

Do Not Accept Cigarettes from Strangers

Do not accept cigarettes from strangers, these can be spiked too (paper soaked in formaldehyde, for example) and leave you vulnerable to crime. \n\nLarge Events and Crowds

Crowds, especially at night, can be dangerous.

They are an excellent environment for pick-pockets and bag-snatchers. So keep bags tucked firmly under your arm and make sure wallets, phones etc are placed in inside pockets. At such events, it is always wise to keep an eye out for emergency exits and to make sure that you can easily reach them.

If you are travelling in a group, arrange meeting point as it is all too easy to be separated. And finally if the crowd does panic or you find yourself being pushed along in a certain direction, it is almost always safest to calmly go along with the flow; trying to go in a different direction, or pushing to make people move faster will almost certainly add to the panic or create it, and that's not what anyone wants.

When travelling it is always better to be in a group but provided you act sensibly London is perfectly safe at night.

The Tube runs till between 12.30 -12.45 am and the late trains tend to be quite busy. If you do take the Tube at this time, avoid empty or almost empty carriages, especially if you are on your own.

Night Buses run throughout the night and also tend to be safe and busy. If the bus is fairly empty it's best to sit near the driver and exit. If you feel uncomfortable tell the driver or get off at the next stop in a busy street.

If you need to book a taxi make sure it is properly licensed. Ask your hosts or the management to give you the number of a respectable firm.

Always check that the driver of the minicab you booked knows your name and destination before you get in, and it's safest to sit in the back with your mobile phone within reach. If you have to hail a cab make sure that it is a licensed black cab. NEVER get into an unlicensed minicab. More than ten sexual assaults a month are carried out in unlicensed minicabs in London.

Mayor Johnson, TfL and the Metropolitan Police Service have launched the latest phase of the Safer Travel at Night campaign, to raise awareness of the dangers of using illegal cabs.

The campaign launches at a time that sees an influx of university students to the Capital, many of whom are unfamiliar with London’s late night travel options. It includes outdoor poster and radio advertising and will continue with TV ads in the run up to Christmas, complementing police work which targets ‘touting hotspots’.

Mayor of London Boris Johnson said, ‘If there’s one message I want to get across, it’s that women should never travel in an illegal cab – it is just not safe.

Unlicensed touts could pose a real danger, so if you don’t have the number for a licensed cab company in the area, you can use the excellent Cabwise text service wherever you are in London. To get two numbers for local licensed minicab firms and a black cab company you just need to text HOME to 60835. Simply, it is a number that all those going out in London should save on their mobiles.’

The award-winning campaign has been very successful to date, with cab-related sexual offences down 44 per cent since 2002, and the proportion of women using illegal cabs, to get home late at night, down from 19 per cent in 2003 to three per cent in 2008.


For more information about buses, the Tube or taxis either call TRAVELINE on 020 7222 1234 or visit the Transport for London website www.tfl.gov.uk

Walking is generally safe in London as long as you keep to busy, brightly lit streets, this is slightly less important for a large group, but vital if you are on your own. Luckily, there will always be other people around, no matter what time it is and keeping to busy streets shouldn't make your route much longer.

Do not be tempted by shortcuts through side streets and remember that your regular route during the day may be far less safe at night. When walking at night it is definitely not a good idea to listen to music. Not only do the headphones make you an extremely attractive target but they also dramatically reduce your awareness of your surroundings.

Remember to walk confidently and try to avoid spending too long looking at maps. You will be far more vulnerable if you look lost or confused.\n\nFemale Safety

Women, especially if alone, are more vulnerable than men. This is partly because an attacker will generally see them as an easier target and also because they are more likely to carry valuables and cash in a handbag that can easily be snatched.

Again confidence and good sense can go a long way: a projection of confidence is an effective defence against the opportunist and good sense can prevent you from getting into any situation or area that might drain your confidence. The threat of sexual assault is far greater for females than for males and the best way of protecting yourself is to follow the advice above. Especially with regard to the spiking of drinks, use of unlicensed minicabs and trusting strangers or casual acquaintances of friends.

If you do go out alone in London it's advisable to carry a personal attack alarm or whistle and this applies to men as well.

Here are some additional websites wwith extra info on female safety at night:

Finally all the advice above, depends largely on your judgement of and alertness to the various situations you will find yourself in. And, quite simply, if you are drunk, you will be a far more tempting target because your ability to anticipate and avoid danger will be greatly impaired, and also you'll be more likely to annoy people.

Try to remain as clear-headed as you can reasonably manage, and never be afraid to leave if you feel uncomfortable. 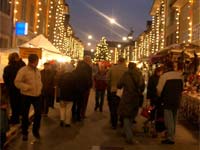 Christmas Shopping in London
Christmas is a wonderful time of the year; the only unfortunate problem is that we always seem to leave our Christmas shopping until the last minute.. 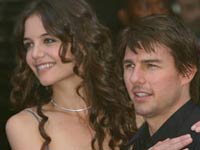 Celebrity Spotting in London
Find out who you can see... and most importantly: where!?