Panel Discussion: Oh Dr Beeching – What Have You Done? 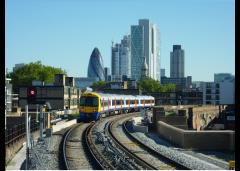 In 1963, the British Railways Board published the Beeching Report on the reorganisation of Britain’s rail network which was to result in the closure of 6,000 miles of line and over 2,000 stations. Despite a number of suburban lines being included in the report, London escaped significant cutbacks, with the North London Line surviving to be transformed into the busy and successful London Overground route created by Transport for London in 2007. Join our panel of experts to find out what British Rail’s thinking was, why London fought against the cuts and how the Overground survived to achieve its current success.