Icons of the Seventies 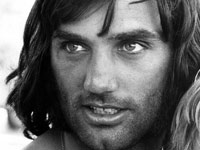 Roger Morton photographed the music scene of the late sixties and seventies. He was the photographer at the Roundhouse when it was a cornerstone of adventurous theatre and new music. Then at the Institute of Contemporary Arts where, under the guidance of Bill McAlister it led the way in the arts, including theatre, music, fine art and emerging video. He also worked at the Riverside Studios and was Steven Berkoff’s photographer for many years. Before he left for New Zealand, where he won Theatre, Best Director in 1997, he was a BBC photographer based in White City and photographed much of the BBC drama of the early eighties. Roger was a regular contributor to Time Out magazine.