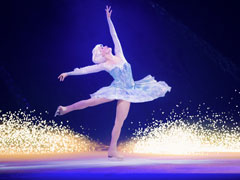 Due to customer demand the latest Disney On Ice spectacular Disney On Ice presents Worlds of Enchantment, has added an additional performance (Saturday 2nd January at 11am) and opened extra seats for existing London shows.