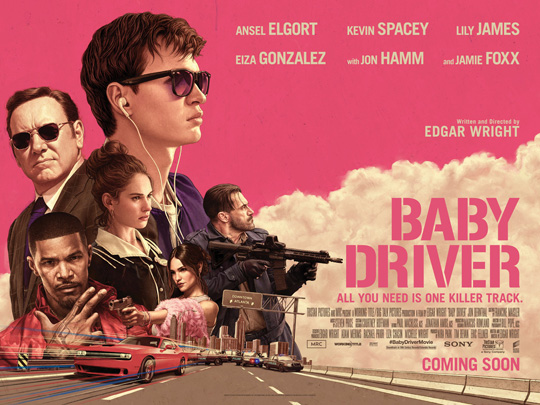 A young getaway driver named Baby (Ansel Elgort) had an accident when he was a kid and it left him with an eardrum that constantly hums. To down it out, he plays music constantly. He works as a driver for a powerful crime boss named Doc (Kevin Spacey) and finally tells him that after one more job, he's done.

Doc is not impressed. He tells Baby that after one more job, they're straight, but not done. He threatens to hurt everyone Baby loves if he tries to leave. Baby, who has fallen in love with a beautiful waitress named Deborah (Lily James), doesn't want anything to happen to her. He decides to go on the run and take Deborah with him.