A Comedy of Errors by Illyria 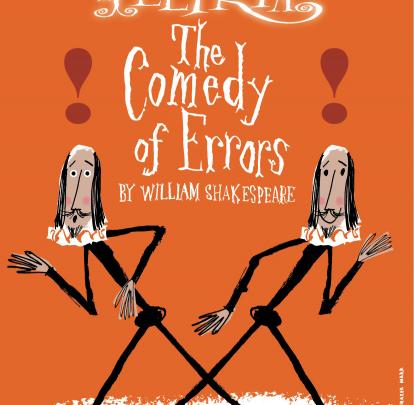 Award-winning outdoor touring theatre company Illyria make their Paddington debut with A Comedy of Errors beneath the tree canopy in Norfolk Square Gardens.

This September we cap off a magnificent summer of events with a bawdy Shakespearean comedy performed by Illyria, an intrepid band of 5 actors who perform Shakespeare’s plays, entirely uncut, direct from the First Folio, the most authoritative edition of Shakespeare’s plays. Part of the fun with Illyria, as they hurtle towards the final scene, is trying to work out how they can possibly reach the end without needing more actors! It’s fast, it’s polished and it’s spoken beautifully.

In the bard’s shortest, funniest and most rumbustious comedy two sets of identical twins, separated at birth, unknowingly end up in the same city. This year Illyria’s Shakespeare production is re-located to the town of Ephesus, Mexico, and is performed by our very own 5-piece Mariachi band, resplendent in ponchos and sombreros. Ay caramba!