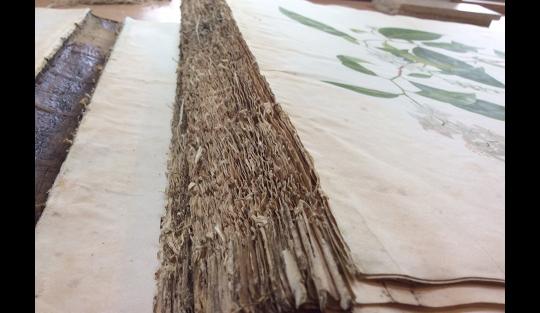 This study session will be presented by Dr David Pearson and RHS Lindley Library staff. It will take a closer look at the history of bookbinding from the 16th to the 19th century and provide an opportunity to explore historic bindings from the Rare Book collection at the RHS Lindley Library. David was the Director of Culture, Heritage and Libraries for the City of London until early 2017 and has worked in various major research libraries. He has written extensively on book history and bookbinding including Oxford Bookbinding 1500-1640 (2000) and English Bookbinding Styles 1450-1800 (2005).

From goat and pigskin, metal and parchment, to cloth and dust jackets, bookbindings have been used to protect text and images for thousands of years. Before books were mass produced in the 19th century they were often bound at a different time and in a different place to printing, giving each book a unique, hand-crafted binding. Bookbindings can reveal a lot about a book including the wealth of its owner and the significance of the text.