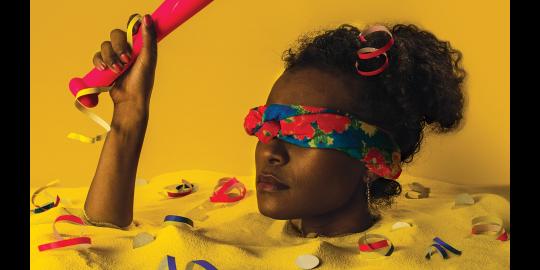 A Piñata performance party to the centre of the Earth. Join the Piñata players and their pals as they explore the depths of music, art and comedy. Expect moles.

Piñata is a variety performance party in Peckham which smashes fresh talent together with established acts in an explosive but welcoming space, ruining a papier mache object at the end to celebrate. After two years of sell-out shows they’re burrowing closer to the river for an hour of story-driven absurdity at VAULT Festival. For this one off show Piñata will be joined by South London based artists Klaus-is-Koming and London Drawing Group’s Frances Stanfield collecting and producing artefacts from the journey through the magma.

Expect top acts, questionable facts, live painting, animations and a house band. And tunnelling. Lots of tunnelling. This is a mixed-bill show, but not as you know it.

Explosive, immersive, inclusive, conducive to fun. Dig out your bats and come blow up the planet.