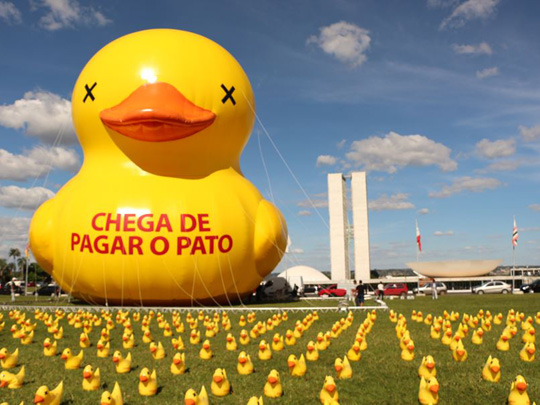 This has been a politically volatile decade. The global financial crash of 2008 and its aftermath have shaken people’s confidence in the prevailing order. The political landscape is increasingly polarised between left- and right-wing agendas, with the reaction against the establishment culminating in the surprise results of the Brexit referendum and the 2016 US election. Other areas of the world have witnessed similar upheavals, with events such as the Arab Spring and the refugee crisis having far-reaching political implications.

Fuelling these events has been an extraordinary proliferation of graphic messages, from political posters and protest placards to internet memes. People are more politically engaged than they have been for years, and the rise of social media has meant that they can disseminate political iconography as never before. Type and image are being used by the marginalised and powerful alike to shape political messages, both reinforcing and undermining authority across the globe.

Hope to Nope will explore the diverse methods that have been used to construct and communicate political messages over the past ten years. As traditional media rubs shoulders with the hash-tag and the meme, never has graphic design been more critical in giving everyone a political voice.