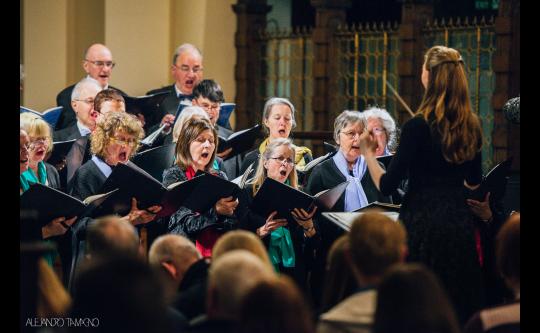 Dating from 1922, the Requiem mass by the Italian composer Ildebrando Pizzetti, best known for his operatic treatment of T.S. Elliott's Murder in the Cathedral, is steeped in the tradition of Gregorian chant, weaving tradition chants together with more 20th century harmonies. Written in 1946 by the Argentinian composer Alberto Ginastera, Lamentations of Jeremiah is full of strong rhythms and striking harmonies.

London Concord Singers will be performing Allegri's Miserere in the performing edition by Ben Byram-Wigfield which was originally created for The Sixteen. This starts with Allegri's original unadorned music, moves through the version preserved in the Vatican in the 19th century and ends with the popular version, complete with the top C. The programme is completed with a selection of Gesualdo's powerful Tenebrae Responsories