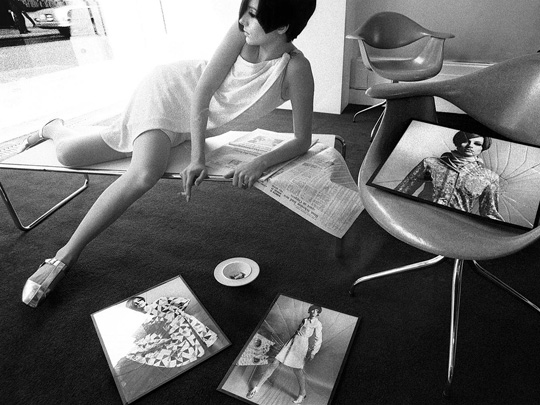 In 1959 Duffy began working as a commercial photographer when he shot his first commission for The Sunday Times, a prestigious moment which launched his artistic career. He was selected to shoot editorials for British Vogue and worked closely with Jean Shrimpton and Paulene Stone, supermodels that became synonymous with ‘the face of the sixties’ and redefined fashionable style in glossy magazines. Alongside his contemporaries David Bailey and Terrence Donovan, Duffy became known and respected as a member of “The Terrible Trio”, the new elite of fashion photography. Equally rebellious and provocative, renowned fashion photographer Norman Parkinson described them as “The Black Trinity” for the few rules the group operated by, and the many they broke.

Through Duffy’s commercial work, his archive documented evolving identity politics and explored the new set of feminine ideals that were influenced by the supermodels he shot. Many fashion traditions were disrupted in the 1960’s, a transformation which mirrored the social movements of the time. The depiction of ‘The Single Girl’ was of a sharp contrast to the way the models of the 1920’s were represented, carefully posed and immobile within constructed portraits. Duffy captured ‘The Single Girl’, symbolising young, energetic and independent movement.

This expressive development in commercial photography pushed Duffy to work in and out of a traditional studio, traversing international locations with his subjects to capture the necessary shot. Stylistically experimental, his considered approach to line, shape and perspective added surrealist elements to each photograph. From Jean Shrimpton to Grace Coddington, Michael Caine to David Bowie, Duffy captured each personality with a playful and commanding duality, challenging the typical notions of a studio portrait.

After an exceptional career taking some of the most iconic pictures of a generation, Duffy became frustrated by the industry and his work as a photographer, and in 1979 abruptly retired, rebelliously burning a large number of his negatives in a backyard fire. In 2010, Duffy died at the age of 76, leaving behind a small number of signed works, many on view within this exhibition. What negatives remained formed The Duffy Archive, a comprehensive history of twenty five years of British culture and fashion. 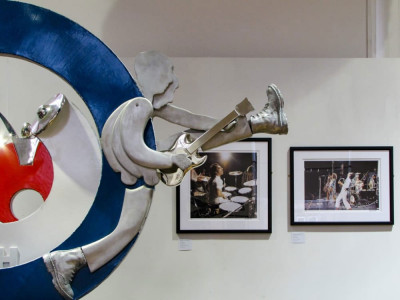 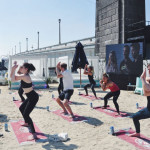