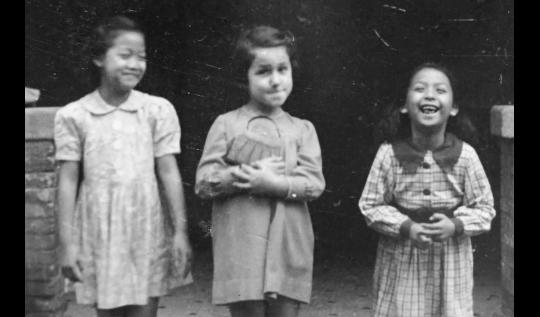 In its first UK screening, award winning documentary Above The Drowning Sea will be presented at BAFTA in partnership with the Pureland Series. The 90-minute film, which documents the harrowing and dramatic journey of European Jews fleeing World War II and the Holocaust, will be shown at BAFTA on March 8 at 19:30.

The poignant documentary brings together historical footage, interviews and skilfully animated segments to tell the stories of Jewish immigrants and their families who fled Austria, escaping the Holocaust and religious persecution, to start again in China.

Due to the bravery of one man, Vienna based Chinese Consul Ho Feng Shan, who defied his government and threats from the Gestapo, the Chinese government issued these desperate Jewish families open door visas to China.

Based on a relatively unknown event, Above The Drowning Sea, directed by René Balcer and co-produced by Carolyn Hsu-Balcer, was shot in six countries across four continents. The film masterfully weaves together the various stories and memories of the migration, emphasising the clash of cultures when Jewish families arrived on the shores of Shanghai and documents the strength of those who overcame their differences and showed great courage and bravery when faced with fear.

Throughout the documentary there are moving and emotional interviews with Jewish refugees recounting their first moments upon arriving in Shanghai, their memories embellished with hand drawn animations and footage of the families who gave them shelter.

The film follows family members of the refugees as they visit Vienna, the starting place for many, where they uncover what life was like for Jews at the beginning of the Second World War and the incomparable impact Ho Feng Shan had on their families.

Above The Drowning Sea is narrated by New York born Julianna Margulies, who is of Ashkenazi Jewish heritage (from Romania, Austria, Hungary, and Russia). Margulies is most well known for her roles on US TV series’ including ER and Law & Order, where Margulies first worked with series co-writer René Balcer.

At a time of great unrest and mass migrations occurring throughout the world, Above The Drowning Sea is an uplifting reminder of the power of humanity and brotherhood during the perils of war and conflict.