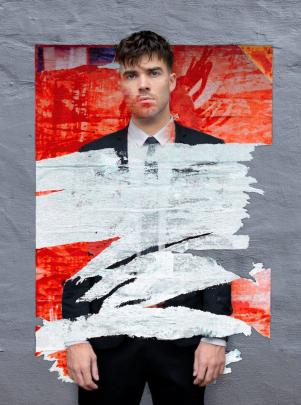 East Berlin, 1989. Alone at the kitchen table, the radio on, Margot learns the wall has fallen and with it the only world she has ever known.

Rome, 2052. In the wake of a devastating refugee crisis and The Continental War, Galina waits in line, ready to cast her vote in the first Europe-wide referendum.

London, 2017. Jesse’s train pulls out from the platform, bearing him towards the home and childhood bedroom he’s about to see for the last time.

Combining intimate storytelling with evocative sound, this one-man show takes its audience across our continent’s past, present and future with a story of family, nationhood, conflict and love.

This Restless State builds on the success of Jesse Fox’s recent shows with his company Engineer Theatre Collective, which have seen his work nominated for various Off West End Awards and featured in The New Yorker. He is collaborating with Danielle Pearson, Playwright in Residence at the Watermill Theatre and the winner of the EU Collective Plays! Competition.

Funded by Arts Council England and the Leche Trust. Co-commissioned by Ovalhouse and development supported by Engineer Theatre Collective.