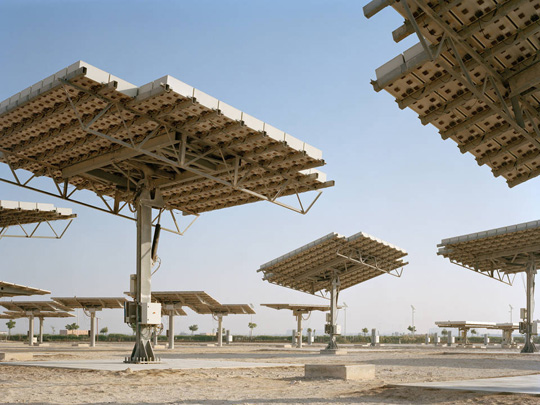 This exhibition will display emerging technologies, the ways in which they will affect our lives in the near future, and what choices we have – as citizens – to influence their development.

We will explore the future, using evidence from the present, by showing real objects that are currently in development, being worked on by scientists and designers in studios and laboratories around the world. Guided by a series of questions, the visitor is encouraged to imagine the implications of these technologies and devices a number of years from now. The exhibition is arranged in four acts:

Are we still human? We can now design life itself. Our bodies, and even our internal biological systems, are becoming sites of design. Wearable technologies and personal trackers have become standard objects of our everyday. We measure our heart rate when we go jogging, and navigate cities with the help of GPS. As we extend our cognitive and biological capacities through machines – distinctions between what is human and what is technological blur. Once synonymous with privacy and reclusion, the home is now a broadcasting station from which we share our lives through social media. We're all connected but are we still lonely? As we reach a perfect sync between ourselves and the things we own, in the extreme connectivity that links us with everyone else online, are we becoming lonely?

Are cities still for everyone? Smart cities pop up in the middle of the desert, trade zones draw closed perimeters of land, and new kinds of infrastructure, such as data centres, are increasingly controlled by private companies. People get together to crowdfund everything from bicycles to bridges, or to leak governmental secrets and generate new currencies. In face of this, Does democracy still work? The future of public and civic spaces lies between two competing forces: the top-down strategies of an increasingly small number of companies and governments, and the bottom-up tactics of an increasingly large number of people. Which will thrive?

Can design stop climate change? Technological progress has exhausted the earth's geological resources. Emerging scanning and photographing technologies allow us to read the irreversible effects of climate change. From this knowing position, some designers are working on possible solutions to design the planet through geoengineering, others on small interventions that contribute consciously to clean or give back to the planet. If Mars is the answer, what is the question? There are also those who believe that we should move on – designing satellites that scope asteroids for mining new geological resources, and solutions for inhabiting Mars. Can we still save our planet or shall we leave?

Who wants to live forever? The safe haven of nature no longer exists, and in this new paradigm we begin questioning the survival of our own species. Extending one's life has emerged as a trend. Futurologists sign up for cryonics in the hope of reawakening in the future, take pills to extend their lives, and make apps to ensure their digital afterlife. Against these self-focused, individual time capsules, institutions such as the Long Now Foundation or the Svalbard Global Seed Vault are working on preserving humanity through books, seeds and material culture. What do we want to preserve for the future – the individual or the collective?