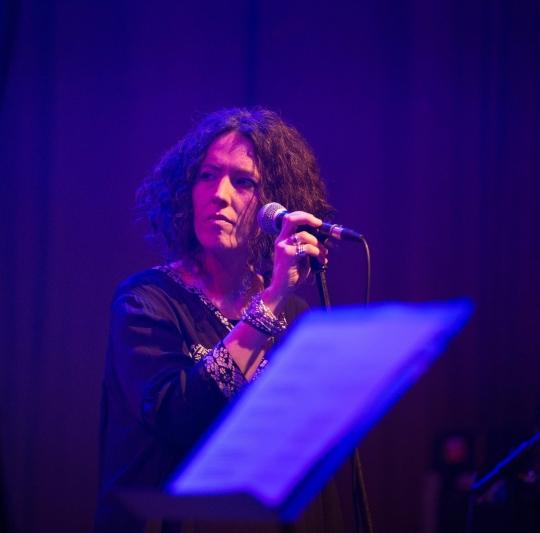 Dorie Jackson embarked on her professional singing career as a backing vocalist for singer-songwriter Francis Dunnery (It Bites). They first took to the stage together at the 2001 Cropredy Folk Festival, which led to further touring and recording opportunities with Francis and other Aquarian Nation artists. Dorie has worked with William Topley (The Blessing) on several of his acoustic tours (with Luke Brighty), as well as appearing on his last three albums: 'Sea Fever', 'All in the Downs' and 'Los Ciganos del Mar'. She has also appeared on recordings with Marti Pellow, Any Trouble, Guy Fletcher and The Syn. In 2007 she released her debut solo album, ‘The Courting Ground’ which, with clever lyricism, explored the emotional journey of a girl from youth to womanhood. Guitarist Luke Brighty formed the band The Blessing with William Topley, Mike Westergaard and Kevin Hime-Knowles in 1990. They enjoyed critical acclaim in the US, with TV appearances, radio hits and records. Luke continued working with William Topley on his solo career writing and recording in Nashville and touring extensively in the United States, and he has also toured with Mark Knopfler’s UK band since 2001. Tonight Dorie & Luke come together for a chilled evening of both lesser known and more popular songs, supported by an ace rhythm section featuring Jim Watson (Manu Katche, Katie Melua)-piano and Ricky Barber (Rachel Stamp, Scylla)-bass.