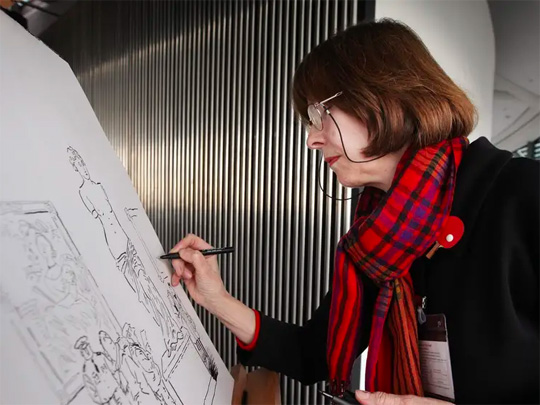 The first major UK retrospective of the celebrated comic artist and graphic novelist.

Posy Simmonds’ sharp satire and progressive female characters have defined a career spanning 50 years. The exhibition will feature her early-career pastiches, iconic cartoon strips for The Guardian and children’s books such as Fred, which became an Oscar-nominated film. It will also include the first ever British graphic novel, True Love, unseen pages from Tamara Drewe and drawings from Simmonds’ new 2018 book, Cassandra Darke.

Since the early 1970s, when she began sending up Guardian readers in her long-running comic strip for the paper that became Mrs Weber’s Diary, Simmonds’ everyday heroines have capture the popular imagination.