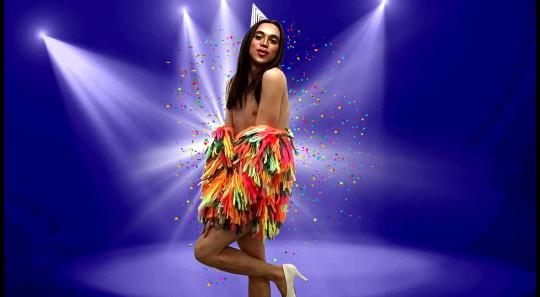 £5 advance, £7 on the door
No entry after midnight
Event is in ROOM 2 (downstairs)

It's the day of birth of Sam Reynolds!

That international award-winning "boylesque genius" (QX Magazine), and as it's a big one (!), he's throwing a party (course he is) and hosting a cabaret variety show with DRAG! COMEDY! LIVE ART! LIVE MUSIC! and MORE! featuring:

Plus everything from pop to disco to new wave to UK garage spun on the decks from East End queer icon Jacob Aria!

Expect brand new pieces from Sam, as well as at least four outfit changes (come on it's his birfday), five if you include his actual birthday suit, because this lil' Aqueerian's obvs gonna perform his signature #Party piece which itself was born in this very building!

So bring yer mates, watch some shows, and turn up for the turn-up at Sam Reynolds' Saturn return soirée! ?

What some people have said about Sam:

"A delight to behold" ScotsGay Magazine
"Nothing less of mind-blowing" TEAM Magazine Philippines
"All at once, entertaining, mesmerising, and disturbing" British Council

Sam Reynolds is an all-dancing/clowning/stripping/lip-syncing entertainer that has performed across the UK with both Duckie and Carnesky, was awarded funding by Arts Council England and the British Council to work with Pineapple Lab and Fringe Manila in the Philippines, and won Striptease Artist of the Year at the 21st Sexual Freedom Awards.