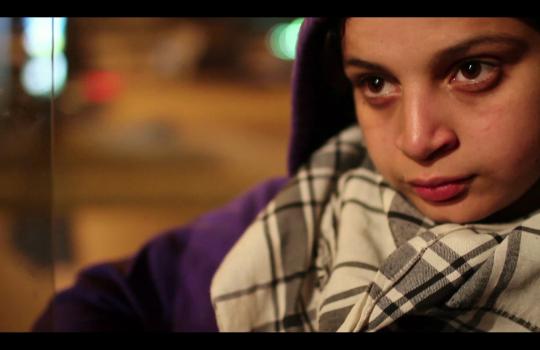 The BBC Arabic Festival returns for its fifth year, from 22-27 March, celebrating the most exciting talent in Arab film and journalism with a series of free screenings, Q&As, talks and events. To see the full programme and here

The programme of 18 films includes four feature documentaries, nine short films and five short documentaries which explore themes ranging from sexuality and the drug trade, to conflict and displacement. Many of the films have received international recognition – from Berlin to IDFA, Sundance to Toronto.

To complement the screenings, there will be a programme of events, including a presentation and panel discussion on recent ground-breaking research into the role that digital technology can play in cultural preservation. Panellists include historian and broadcaster, Bettany Hughes, and Sarah Nankivell from Turner-nominated Forensic Architecture.

Highlights of the free festival include:

• In the last few years, Arab cinema has seen a new wave of female filmmakers. The festival reflects this development, showcasing the work of seven female directors and tells the story of female experiences in the Arab world. Amal (Monday 25 March) tells the coming-of-age story of a feisty 14-year-old in post-revolutionary Egypt, while What Walaa Wants (Sunday 24 March) charts the teenage protagonist’s journey to try to become one of the few women in the Palestinian Security Forces. The BBC World Service’s weekend arts show, The Cultural Frontline, will be holding a discussion (Tuesday 26 March) on women in Arab ?lm, with high-profile contributors reflecting on the influence of the #MeToo and #TimesUp movements.

• Several of the films have a satirical, often surreal edge. In the multi-award-winning The President’s Visit (Saturday 23 March), a Lebanese village learns that the president is planning to visit its soap factory as part of his campaign to clean up the nation. Manivelle: Last Days of the Man of Tomorrow (Saturday 23 March) is a Lebanese mockumentary about a man-robot whose ups and downs reflect those of the country.

• Other highlights include Anthony Chidiac’s Room for a Man (Saturday 23 March), an autobiographical account of being gay in Beirut today, and Survivors of Firdos Square (Sunday 24 March), about the sculptor who created the iconic metalwork that replaced Saddam Hussein’s statue in Baghdad.

• Getting Rich from Moroccan Hash? (Monday 25 March) investigates the murky politics behind the country’s lucrative crop. Five short ?lms draw on real life for their inspiration: from sperm smuggling in Israeli prisons in Bonboné to the Yazidi’s struggle against the Islamic State group in Sabeya (Sunday 24 March), as well as the mental health crisis that’s gripped the Iraqi people in Iraq: A Nation in Trauma (Monday 11 March).

• There are free opening and closing night parties with a chance to mingle with the filmmakers. The BBC Arabic Festival has always championed new talent. Ali Alibrahim, who received last year’s Young Journalism Award for One Day in Aleppo, is returning to discuss his latest project, Anonymous Syria (Friday 22 March). Also returning, by popular demand, is the acclaimed stand-up comedian Wonho Chung, who will be hosting this year’s awards ceremony (Wednesday 27 March), joined by judges including the presenter and novelist Francine Stock and Rula Nasser, the lm producer. There will be live music from the Palestinian hip-hop crew DAM.

Film will be screened in the beautiful Art Deco BBC Radio Theatre. For your free tickets book online..