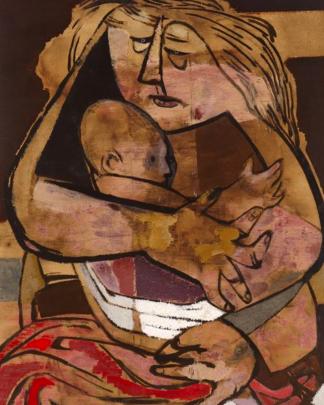 Born into a Jewish family in 1895 in the Polish city of Lodz, Jankel Adler is widely recognised as one of the key participants in the development of 20th-century European modern and avant-garde art. He was the co-founder of the Young Yiddish (Jung Jiddish) group of artists in Poland and also a member of the Young Rhineland (Junges Rheinland) and the Cologne Progressives (Kolner Progressive) groups. Well-known to the German (and Polish) authorities as a politically active ‘cultural Bolshevist’, the Nazis branded him a "Degenerate" artist and Adler’s work was included in the infamous Entartete Kunst ("Degenerate Art") exhibition in Munich in 1937.