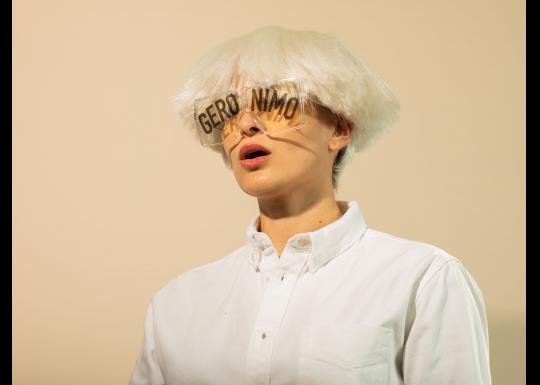 This July, Greenwich Peninsula, London’s newest creative neighbourhood, unveils the first phase of The Tide - a five-kilometre cultural linear park designed by Diller Scofidio + Renfro, the co-designers of Manhattan’s High Line. To celebrate its opening will be two weekends of art, music and wellbeing, inspired by the fluid, ever-changing nature of our city, our river and ourselves.

TURNING TIDES LAUNCH
To mark the start of the Turning Tides Festival, LA-based conceptual artist GERONIMO will reveal I Can Taste You on a Rainy Day; a bold, large-scale installation of 25 inflated water droplets which will inhabit The Tide throughout the festival. Ranging from 1 to 7 metres tall, these vibrant, painterly droplets will become the set to a flamboyant performance by Sink the Pink on the opening night. With the backdrop of the Thames (and the iconic O2), visitors can expect an outrageously exciting production like no other as vigorous queens, club kids and dancers take to the stage to announce that London’s first elevated cultural park is open.

MUSICAL & CULTURAL PROGRAMMING
Spanning both weekends, East London’s cultural collective and music venue Village Underground, under the artistic direction of Glenn Max, will be taking over the mainstage with a revolving program of international and local London musical artists. Situated alongside and providing the cinematic action, will also be a film screening programme in partnership with streaming service Mubi. The pop-up cinema on Peninsula Square will feature the best in culture, classic and award-winning cinema, with movies selected especially for Turning Tides festival, and food and drinks served by Stevie Parle’s CRAFT London. Supporting London’s underground arts scene, Crxss Platfxrm will be putting together an extraordinary day of pop up performances across the site; be sure to keep your eyes peeled for The People!

Commencing the music line-up on the Village Underground stage is Ethiopian musician Mulatu Astatke, known as the father of Ethio Jazz. He will be supported by Los Angeles-based violin experimentalist, Sudan Archives and high-energy London collective, Melt Yourself Down. South London-based label Touching Bass will curate a day of musical performances on a more intimate stage, including London band Hejira alongside curators Errol & Alex Rita.

On the Sunday, the secular Sunday Assembly will lead an interactive and uplifting sing-along session with the audience, alongside live-band karaoke from Rockaoke, while London-based producer & DJ lu:sid performs & curates a day of mid-tempo hypnotic rhythms and tribal beats. Closing the first weekend will be the headline performance from consummate rocker and songwriter Gaz Coombes, who will be supported by American singer songwriter Eleanor Friedberger & London-based songwriter, Beth Jeans Houghton in her latest carnation, Du Blonde.

Headline performances on the second weekend will come from the extravagant New Orleans funk and hiphop ensemble Tank and the Bangas on Friday 12th July with support from American gay rapper and multidisciplinary artist Le1f.

Just Vibez will be combining elements of Hip Hop, Dancehall, Soca, Afrobeats as well as Latino rhythms on the small stage. Expect a selection of tropical and conte