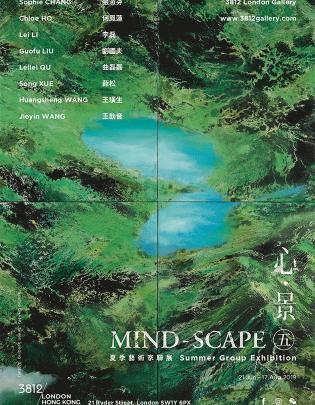 Curated annually by 3812 Gallery since 2012, Mindscape is a series of exhibitions with an astute perspective of academic history. 3812 Gallery upholds the notion of “Eastern origin in contemporary expression”, which calls to mind the emphasis on the connection to nature in Chinese culture and the trajectory of development in its “confrontation to the here and now”. Notably, through the modernisation of China and the constant engagement between the East and West over the last century, the definition of “Eastern” is eschewing the unilateral insider-outsider division. It embraces the truths of Universalism, epitomising the Eastern values and spirituality which manifest in the interplay between the social, cultural and artistic spheres. As artists across generations continue to explore new languages and approaches, opening up the door of imagination in the East, materials and media are no longer the only expression. “Contemporary expression” is not a superficial slogan, it is a new horizon in the contested ground of artistic practice.