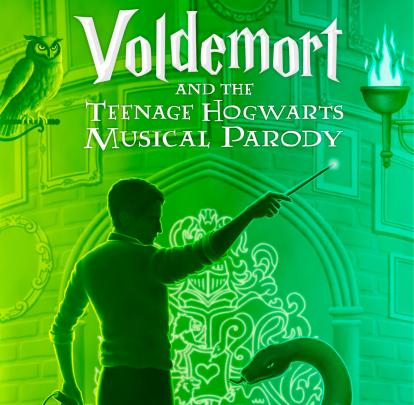 The co-creators behind two of the Edinburgh Festival’s smash-hit sell-out shows, Baby Wants Candy and Thrones! The Musical Parody, bring their latest blockbusting musical comedy parody extravaganza, Voldemort and the Teenage Hogwarts Musical Parody, to its first UK outing outside of the Fringe!

Before Voldemort became He Who Must Not Be Named, he was just Tom Riddle, another moody teenager at Hogwarts. Packed with magic, hormones and more than a few murders, Voldemort and the Teenage Hogwarts Musical Parody tells the little-known tale of how he was once in a rock band with a giant squid, how he learned how to kiss from a snake, and that he once had a Hufflepuff girlfriend. Join Tom as he learns the ways of love, proper snake maintenance and The Unforgivable Curses.

Co-written by Richie Root and Fiona Landers, with additional music by Scott Passarella, one of the Fringe’s funniest parodies will tour to several nationwide venues as well as this four-week run in the nation’s capital.