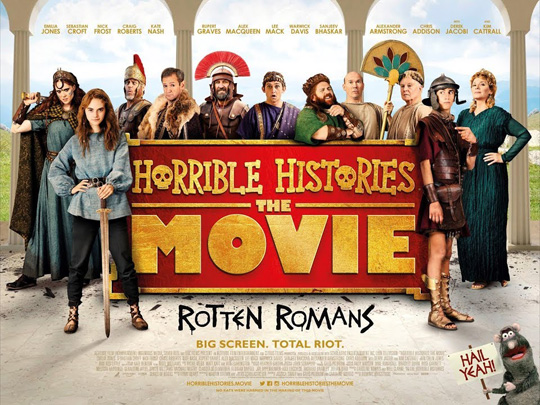 Who are the Celts? What have the Romans ever done for us? And why is Emperor Nero dousing himself in horse wee?


Friends, Romans, Celts… lend us your ears. The all-conquering Romans rule the civilised world – and that includes “the stain” that is Britain. While the young Emperor Nero must battle his scheming mother Agrippina for ultimate power, Celt queen Boudicca gathers an army in Britain to repel the rotten Romans. Mixed up in this battle for liberation are the teenage Atti, a reluctant Roman soldier, and Orla, a young Celt with dreams of becoming a warrior like Boudicca. Will they fall on opposite sides or forge a friendship in the chaos of Celtic-inspired rebellion?