Opera Prelude: The Queen of Spades: Tchaikovsky vs Pushkin 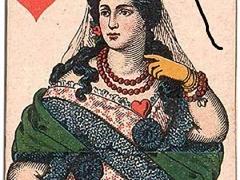 Ever since Pushkin published this short story in 1834, its deceptive simplicity has fascinated scholars, particularly over the issue of whether the tale demanded a supernatural explanation. When Tchaikovsky came to compose his opera in 1890, he turned the original story into a highly melodramatic spectacle on?a?grand scale.?He changed the focus of the story and added layer upon layer of complexity, introducing?different time frames and musical symbols. He was quite unabashed in manipulating his literary source to his own ends, but was the gamble worth it? In this lecture we will explore what the music took away from Pushkin – and what it gave back in return.?

Marina Frolova-Walker is a Russian-born British musicologist and music historian, who specialises in German Romanticism, Russian and Soviet music, and nationalism in music. She is Professor of Music History and Director of Studies in Music at Clare College, Cambridge. She has authored several books and a number of academic articles. Born in Moscow, she first attended the college of the Moscow Conservatory and then subsequently completed her graduate studies at the conservatory proper. In 1994 she defended her doctorate on the symphonies of the 19th century German composer Robert Schumann and their influence on Russian music. She moved to the United Kingdom in the same year "for personal, rather than political reasons." Between 1994 and 2000 she taught at various schools in the UK, namely at the University of Ulster, Goldsmiths, University of London, and University of Southampton. In 2000 she started teaching at Cambridge.

Opera Prelude is a small charity supporting young professional opera singers who give lecture recitals in London. These friendly and inclusive events will introduce you to the international opera singers of the future by way of recitals, concerts and masterclasses.