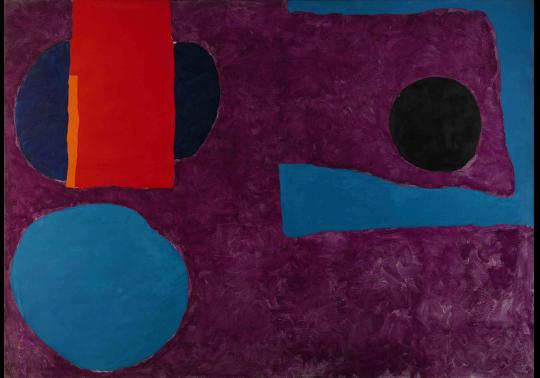 The exhibition will feature 5-6 works from each of the Post Second World War modernists, sourced from private collections.

Beaux Arts Gallery worked with the late artists Frost, Scott, Lanyon and Heron during their careers and this exhibition offers a retrospective of some of their greatest works created as they revolutionised British Art.

The four artists lived and worked through the harsh time of post war Britain, and through their art were seeking to convey a new world of hope. They were pioneers of British Abstract Art and were associated with the celebrated St. Ives School along with Ben Nicholson, Barbara Hepworth, Roger Hilton, Bernard Leach and many others. In the wake of the war, St. Ives, a fishing village in West Cornwall began to attract a wide range of young emerging artists due to its breath-taking scenery and clarity of light, owing to its peninsula positioning. Beaux Arts’ first gallery, Will’s Lane Gallery, was located there and thus became a central platform for exhibiting the work of artists of the St. Ives school from the early 70s.