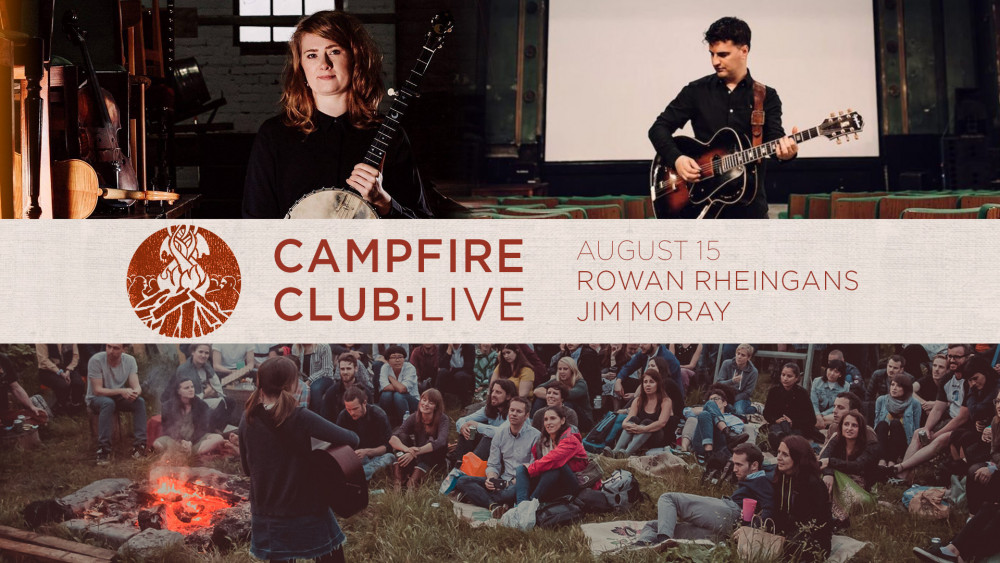 This summer join us by the campfire to hear extraordinary music live from the comfort of your homes. Each broadcast will be presented by your host, folk singer Sam Lee, who will introduce you to the two artists performing around the campfire on that evening. We are very excited to be bringing the magic of music and nature to you during these housebound times. Your digital ticket will grant you access to the private video stream, live on the evening and for a period of three days following the live broadcast. Rowan Rheingans Rowan Rheingans is an award-winning fiddle player, banjoist, songwriter and theatre-maker widely regarded as one of the foremost innovators in folk music today. Best known for her work with acclaimed bands Lady Maisery, The Rheingans Sisters and Songs of Separation, Rowan has won two BBC Radio 2 Folk Awards (‘Best Original Track’ in 2016 & ‘Best Album’ in 2017) and is a six-times nominee. Her duo The Rheingans Sisters are currently nominees for the prestigious ‘Best Duo/Band’ award at the the 2019 BBC Radio 2 Folk Awards. Her debut theatre show ‘Dispatches on the Red Dress’, co-written with Liam Hurley, premiered at this years Edinburgh Fringe and won a Fringe First Award as well as nominations for the Carol Tambor ‘Best of Edinburgh’ Award and the Filipa Braganca Award for Best Emerging Female Artist.

He has received multiple nominations over the years from BBC Folk Awards and BBC Radio 2 Folk Awards, winning Album of the Year for 2004’s Sweet England and Horizon Award for best newcomer at the latter. 2008 album Low Culture won the fRoots Critics Poll Album of the Year 2008 and was also the MOJO Folk Album of the Year. ★★★★ “clearly evokes the early folk revival spirit” Mojo ★★★★★ fRoots ★★★★ Songlines