In Conversation with Lord Kim Darroch 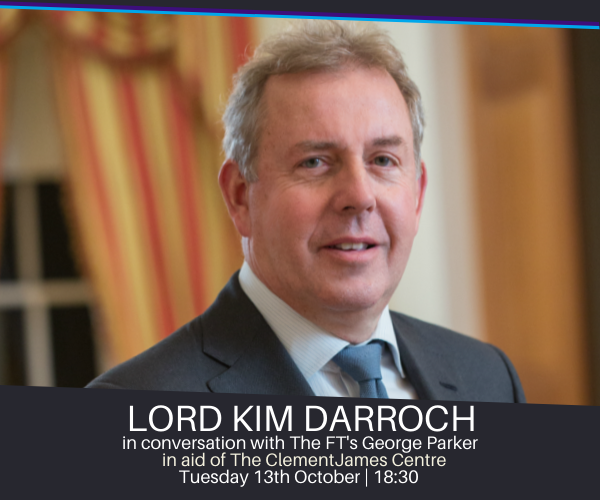 Ad
Covid 19 Information
This event will take place online over Zoom.
Event has ended
This event ended on Tuesday 13th of October 2020
Admission

The ClementJames Centre is delighted to be joined by former civil servant Lord Kim Darroch in conversation with the FT's George Parker. Lord Darroch, former British Ambassador to the United States, resigned his post last year after leaked cables revealed the diplomat's criticisms of US President, Donald Trump.

Join in for an engaging evening of talk and discussion covering Donald Trump, Brexit, diplomacy, and a forty-two year career in the British civil service.

All proceeds from this event will go to The ClementJames Centre, enabling us to continue our work releasing potential in the community.