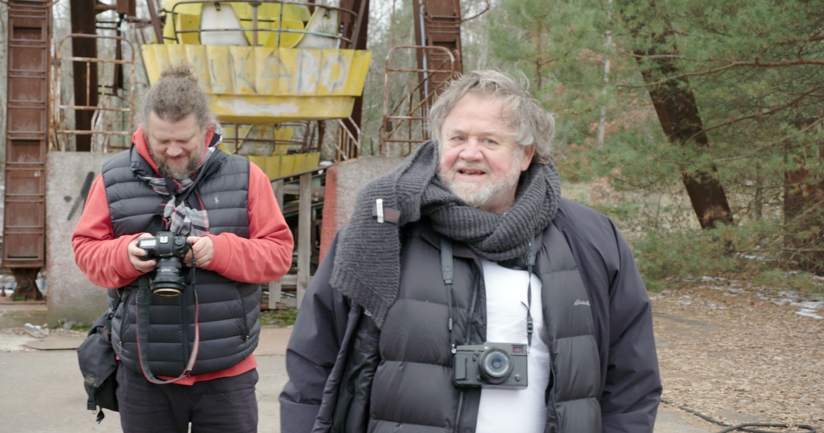 Dir. Andrea Sedláčková, Czech Republic 2020, 84 min.
Cast: Antonín Kratochvíl, Michael Kratochvíl
"In pictures he goes after the feeling, he's not interested in things like sharpness. He just sees it and can extract the important information from all the usual moments." Antonín’s son Michael says.

In this personal encounter with his son and fellow photographer Michael, Antonín Kratochvíl, a founding member of the legendary VII Photo Agency, candidly answers Michael‘s questions, setting off on a journey to the past. Always documenting the time in which he lived, Kratochvíl‘s striking black and white photographs of Mongolia's street children, the War in Iraq and the Chernobyl disaster among other assignments guide us through his refugee life and unique style of photography marked by the depth of understanding for his subjects based on his personal experience. He spent his childhood with his parents in a labour camp in communist Czechoslovakia, emigrated at 18 and via a refugee camp in Austria, a Swedish jail, the French Foreign Legion, and prestigious studies in Amsterdam, he arrived in the USA and became a world famous Curtain, believed him to be dead.
--------