Tracey Emin / Edvard Munch - The Loneliness of the Soul 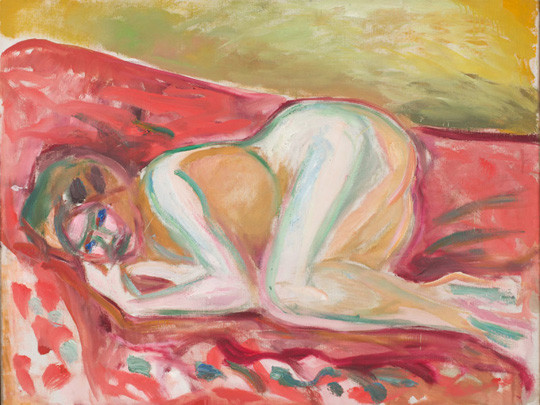 She’s been a major figure in contemporary art for over 25 years; he pioneered a radical new style known as Expressionism. In this landmark exhibition, Tracey Emin selects masterpieces by Edvard Munch to show alongside her most recent paintings.

Tracey Emin has long had a fascination with the Norwegian expressionist and painter of The Scream, Edvard Munch: in her words, “I’ve been in love with this man since I was eighteen”. In 1998 she even created a haunting video piece filmed at the same Oslo jetty that was the location of many of his well-known works. It is just one example of how, like Munch, she embraces even the most painful experiences to create art.

The exhibition features more than 25 of Emin’s works including paintings, some of which will be on display for the first time, as well neons and sculpture. These works, which explore the loneliness of the soul, have been chosen by Emin to sit alongside a carefully considered selection of 18 oils and watercolours drawn from MUNCH’s rich collection and archives in Oslo, Norway.

This is an opportunity to see Emin’s work in a highly personal show. The selection reveals not only how Munch has been a constant inspiration – particularly through his profound portrayals of women – but also showcases Emin’s wide-ranging skills as an artist, which often interweave painting, drawing and writing.

Seen together, the dark territories and raw emotions that both artists navigate will emerge as a moving exploration of grief, loss and longing.