Politics & Olympics: Ideals and Realities is an exhibition of images and a series of talks and debates investigating the complex relationship between politics and the Olympic movement, hosted by Farringdon-based, Free Word Centre (www.freewordonline.com).

Throughout their history the Olympic Games have been inextricably tied to international events and political movements – in spite of the organisers’ consistent attempts to render the Games apolitical. From protests over the participation of women in the early Twentieth Century, through to manifestations of racism, Cold War politics, nationalism, terrorism, globalisation, as well as controversy over body shape, numerous social concerns have been played-out on the Olympic stage. This exhibition introduces historical and contemporary photographs including previously-unseen images which highlight political aspects of the history of the Games running up to the present day.

In conjunction with the exhibition there are a series of talks and debates at the Free Word Centre and online (www.freewordonline.com) exploring the themes that are underlined within the exhibition.

Wednesday 20 June, 2012, artist, writer and photographer Alberto Duman, in association with Mute Magazine, will host Regeneration Games. A group of critics and commentators will respond to a collection of videos, objects and documents that question the ‘official story’ of the regeneration of East London.
Thursday 12 July, 2012, Incursions and Subversions: Art's response to London's Olympic Dreams, will see Hilary Powell and Isaac Marrero present creative critical responses to the iconography and language of the forthcoming games from their book The Art of Dissent: London's Olympic State

On Friday 6 August, 2012 there will be a screening of Torch – a new documentary by Marc Silver and AJ Rivers – investigating whether London's Olympics will fulfill its promise to transform East London. (Film screened on anniversary of the 2011 London riots) 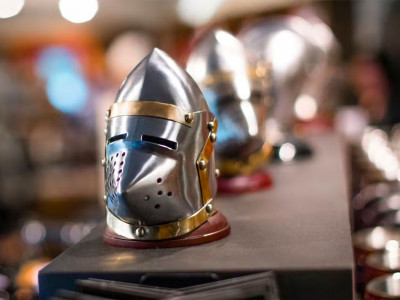 The Tower of London goes back in time
Medieval Mayhem

A mini festival of fun is unfurling at the Tower of London this summer - see historical characters as you wander around the Tower. 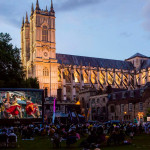 The Luna Cinema
Sign up for the latest
Sign up to our newsletter for the latest and greatest from London!
By entering your email address you agree to our Terms of Use and Privacy Policy and consent to receive email updates and newsletters from All In London. You can unsubscribe at any time.