HEAD TO THE WEST END TO SPOT 'ART IN MAYFAIR' 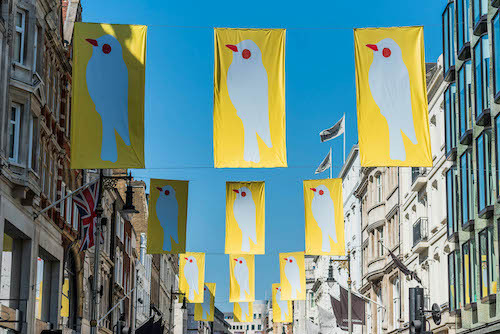 If you've ever thought the West End could do with a spot of brightening up you're in luck, as Bond Street and the Royal Academy of Arts has launched ‘Art in Mayfair’, an initiative in place until 17th October which has seen globally renowned British artist and Royal Academician Gary Hume commissioned to design vibrant new flags that have been suspended above Bond Street.

Throughout September and into October, London’s Bond Street, in partnership with the Royal Academy of Arts, is hosting the six-week celebration of art and culture in Mayfair. Now in its fourth year, Art in Mayfair, sees some of Bond Street and Mayfair’s most distinguished luxury stores transform Mayfair – one of the most iconic and dynamic art districts in the world - into an open art exhibition in celebration of the Royal Academy of Arts’ 253rd Summer Exhibition, the world’s largest open submission contemporary art show. This year the Summer Exhibition, which runs from 22 September 2021 to 2 January 2022, is coordinated by British artist Yinka Shonibare RA and will explore the theme of ‘Reclaiming Magic’, celebrating the joy of creating art.

Many of the destination’s iconic fashion and jewellery brands including Armani, Bulgari, Burberry, DeBeers, Chanel, IWC, Louis Vuitton, Loewe, Pomellato, Max Mara, Moussaieff, TODS, Tasaki, Tiffany & Co. Victoria Beckham, Vacheron Constantin and many others will create art-inspired window installations, and visitors will be able to attend a host of fashion and art-lead experiences.

Bond Street has been adorned with over 30 flags designed by Gary Hume RA, known for his figurative and abstract paintings on aluminium panels, which often feature colour combinations made with paints purchased premixed from hardware stores. He exhibits all over the world including New York, Berlin, Los Angeles, Seoul, and London.

Share on
Posted Date
Sep 10, 2021 in Luscious London by Laurel 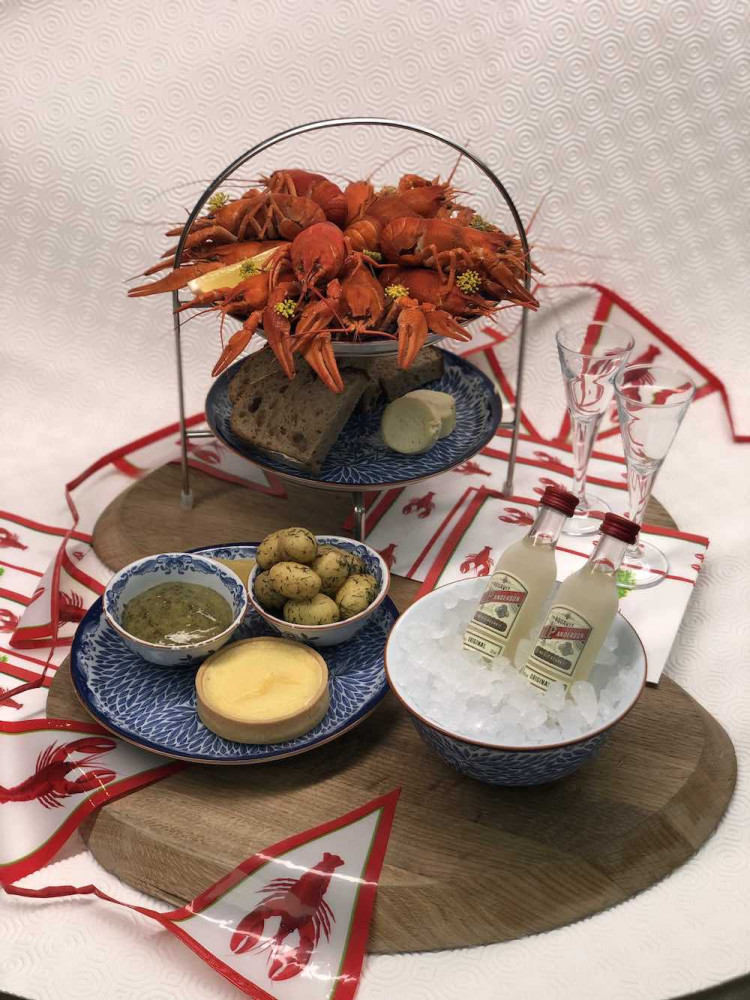 CURB YOUR CRAYFISH CRAVING AT AQUAVIT 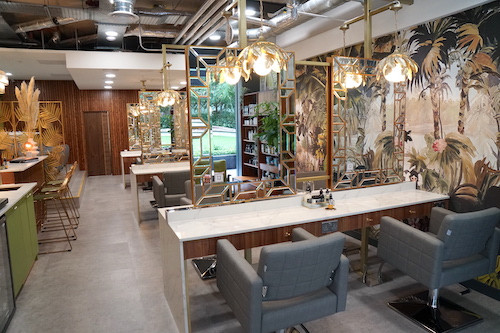 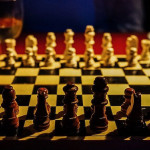 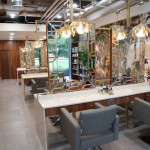