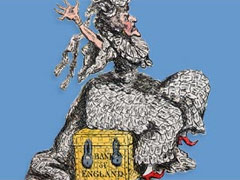 The displays include historical banknotes, coins and even Roman gold bars. There is also a collection of weapons including pikes and muskets- which were used to defend the bank from robbery.

In addition to the historic currencies are many fine paintings, some depicting important figures in the banks history, some donated by patrons of the bank across the centuries. The museum holds regular exhibits including a fascinating recent display on forgery and method of detection, past and present. Another absorbing exhibit was ‘Amusing, Shocking, Informing’ a collection of cartoons and caricatures taken from the press over the past three centuries depicting various famous faces –most famously ‘the old lady of Threadneedle Street’, a fictional lady who guards the money dressed in banknote clothes, and the source of the nickname for the Bank of England.

The museum has many permanent exhibits also including an in depth look into the fantastic detail put into banknotes throughout history- in order to deter forgeries. Visitors are also encouraged to take the mental aptitude tests that applicants joining the bank in Victorian London were required to pass and are given the opportunity to hold a genuine Gold bar.

The bank holds many seasonal events including an Easter egg hunt and Christmas carol service. The Bank tube station on the Northern line is the closest to the Bank of England Museum. 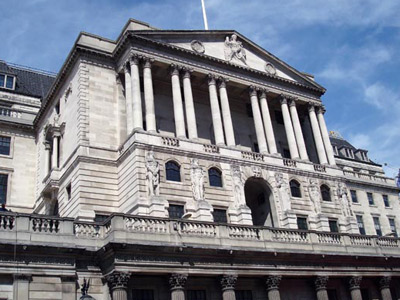 Get to know Old England