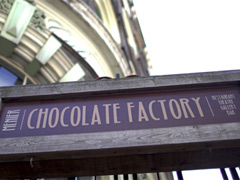 Despite its name, the Menier Chocolate Factory is a theatre, having kept the moniker from its past life as a confectionery manufacturer. The building, which dates back to the 1870s, fell into disuse in the 1980s until it opened as a theatre in 2004. Since then its hosted award winning productions of La Cage aux Folles and A Little Night Music, starring Kelsey Grammar and Catherine Zeta Jones respectively. Among the theatre’s many accolades are the Off West End Awards 2011 and the Critics’ Circle Theatre Awards 2012. The intimate auditorium has a capacity for 180 people and there is a restaurant on the premises.