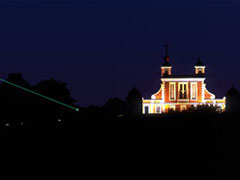 The Royal Observatory, Greenwich is the home of Greenwich Mean Time and the famous Prime Meridian of the World. Built for the purpose of finding longitude at sea, it is also a museum of time and astronomy where it is still possible to see how the astronomers used to live and work. The Royal Observatory also houses London’s only public planetarium which provides a magnificent introduction to the mysteries and wonders of the night sky.

Founded by King Charles II on 22 June 1675, the Observatory was built for the specific purpose of finding longitude- the exact position west or east- for maritime travel. John Flamsteed was appointed the first Astronomer Royal by Charles II and was assigned to solve the longitude mystery.

In 1894 the Royal Observatory became the site of the first terrorist attack in Britain when anarchist bombed the observatory. The incident was later immortalised by Joseph Conrad in his novel ‘The Secret Agent.’

In 1955 a Caesium beam clock at Greenwich became the most accurate and preferred timepiece in the world. 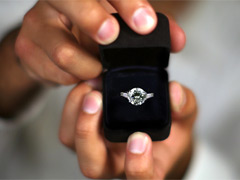 In our opinion, by night, there are few more romantic spots in London. You have the views across the park, the amber glow of the observatory above you and your place together on the prime meridian of the world. That way you could also name your two children ‘Longitude’ and ‘Latitude’, which would make a really sweet touch. 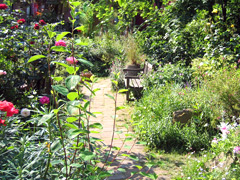 There’s nothing like a little stargazing for a hyper inflated sense of solitude and at the Royal Observatory there’s both the real and the imagined sky to enjoy. Home to London’s only planetarium, on a quiet day the indoor space show is a relaxing journey from the self. The views of Greenwich are heart stirring and what’s more if you’re there late enough then it’s the only place to see the official end to the day. 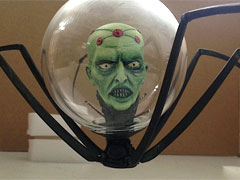 Pants on the outside please...

The planetarium, the Greenwich Meridian Line and a huge telescope with a 28 inch lens are all here for your perusal. But before you start looking for the stars, take some time to admire the architecture – the dome that houses the telescope has been compared to both an onion and the Taj Mahal. 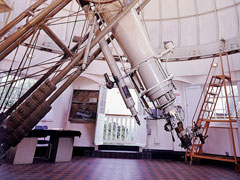 Part of Sir Christopher Wren's huge London portfolio, the Royal Observatory has been here since 1675. It's also the home of Greenwich Mean Time, the site from where time differences around the world are calculated. The building is located atop a hill with spectacular views over Greenwich, and inside you'll find a museum dedicated to all things time-related as well as the Planetarium. 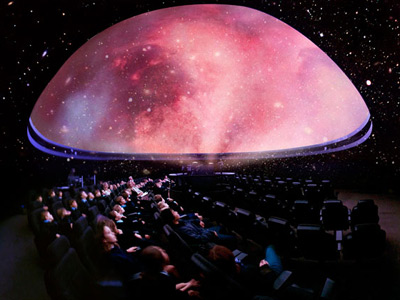 Take a tour of the Universe

The Peter Harrison Planetarium offers you a glimpse of the universe. 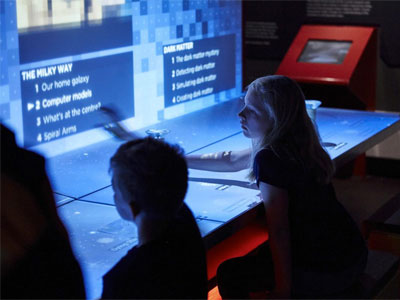 From a casual chat to a full blown qualification...

Reviewed by Debbylynley
I was very impressed with the Royal Observatory. It was great to stand in two different timezones, but that was not the best. The view over the Docklands is stunning. There are also lots of things to see and the cafetaria offers nice snacks, and coffee for a nice price. I enjoyed my stay at the Royal Observatory very much.