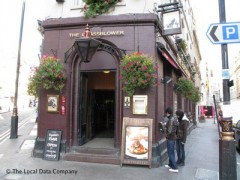 Ads by Google
About: The Glassblower is a pub selling the usual beers, wines and spirits as well as traditional English dishes throughout the day and can cater for private parties of up to 80 guests upon request. A variety of entertainment is provided in the form of Sky TV, a juke box and gaming machines.

The Latest User Reviews of The Glassblower

Went with some friends. The pub itself was bland and uninteresting, however that is not my complaint. When buying a round of drinks, we had to pay for 2 glasses of cranberry juice, although only receiving one due to some stupid policy which I won't go into detail here. The only reason we let them get away with it was because the bar girl looked as though she was about to cry if we pushed the issue.

In addition, the toilets were unclean and in the case of the mens, I am told non-functional (by my male friends who reported the only toilet in use to be full of urine because it did not flush).

In summary, an unclean and bland pub, which is not afraid to rip off it's customers. There are plenty of better options in the area.

Went here last weekend and to my surprise they were giving away FREE PINTS! No kidding. All I had to do was text 'glass pint' to 63757 when I noticed the poster on the bar table.. showed the bartender my text message I received back and she poured me a Beck's on the house. Crazy right?

No weird charges or anything either, standard rate that came out of my Orange text bundle. I'd go there just for that after work, the bartender said the offer will be going on continually, so I suggest you check it out!

Great food and beer, friendly staff and pleasant atmosphere, would recommend to all who require excellent service
Added on Mon 29 Jun 2009 at 10:55:38 [report] [respond]