A Beer Lovers’ Guide to London

Check out our guide to buying, drinking and brewing beer. 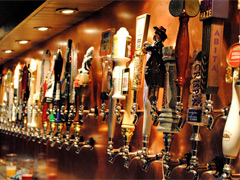 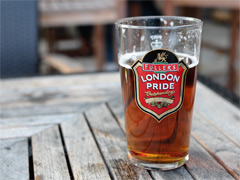 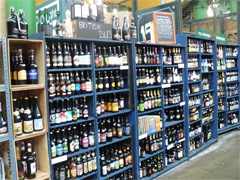 Going to the pub is an activity as British as taking afternoon tea, but here in the capital the beers are from all over the world.

Visit a branch of the Belgian chain Belgo to try fruit-flavoured lagers, Trappist beers or wheat beers, all served in the appropriate glassware. Should you get hungry the menu has classics like moules and carbonnade.

Fans of German beer can head to Zeitgeist in Vauxhall, a gastropub with an array of wheat beers and lagers as well as traditional German food. For theatricality check out the Bavarian Beerhouse, where Oktoberfest is on all year round and the staff dress accordingly.

Soho’s De Hems is a Nicholson’s pub, but it prides itself on being London’s only Dutch bar. There’s Lindeboom on tap, but it must be said that most of the beers on offer are Belgian or German.

Over in Holborn Bar Polski has Polish lagers like Zubr and Tatra; pair these with a dish of pierogi for the full experience.

If you’d rather not trot around town hunting for beer, Brew Wharf Yard (next door to wine experts Vinopolis) house many nationalities under one roof. In addition to their home brewed London lager and stout, they sell American, Austrian, Italian, South African, Spanish and Belgian varieties.

As well as crossing these places off your list, there are beer-related events on throughout the year. In June the Taste of London festival provides a good opportunity to sample beer from around the world. In August the Great British Beer Festival shines the spotlight on ale and is backed by CAMRA (Campaign for Real Ale), and the London Craft Beer Festival, which took place for the first time in August 2013, celebrates the rise of the independent brewery. Also Oktoberfest has comfortably installed itself in the British capital for three weeks from late September.
\n\nBreweries

Beer was big business back in the medieval era; there were around 300 breweries in London in the 14th century. The largest was the Old Truman Brewery on Brick Lane, which today houses a street food market and quirky clothes shops. As costs increased in the capital breweries were forced to move to other parts of the country, but things are on the up now, as a renewed interest in artisan beer and ale has resulted in independent microbreweries popping up. Some of these run tours, allowing you to learn about the brewing process while sampling a few bevvies along the way.

The biggest and most famous brewery is Fullers, who own almost 400 establishments in the UK. Their West London brewery run tours, and they even have a special package for 16-18 year olds (albeit minus sampling!). They last 1 and a half hours and take place Monday to Friday throughout the day.

In Battersea, Sambrooks offer tours on the third Wednesday of the month, while London Fields Brewery tours take place at weekends. Other good ones to check out include Brodie’s Beers in Leyton and Meantime Brewing Company in Greenwich.

The Kernel Brewery in Bermondsey don’t do tours, but they do open their doors to the public every Saturday allowing customers to purchase beer directly from the maker. Crate Brewery in Hackney Wick have a bar serving their India Pale Ale, bitter and stout alongside a pizzeria. Boasting an enviable location by the canal it’s become a hit with East End revellers. Find out about a typical day at the brewery involves here.
\n\nTaste + shop

BrewDog, the self-styled punk brewery, have sites in Camden and Shoreditch as well as major cities around the UK. Their tasting sessions involve pairing beer with cheese and meat, proving it’s not just wine that can make an elegant companion for food.

If there’s a group of you the Craft Beer Co organise tastings with beers from around the world.

Most supermarkets stock at least one or two locally brewed beers. For the widest variety, try the Beer Boutique in Richmond, Uto Beer in Borough Market and Kris Wines in Holloway.

If you become successful at brewing your own beer you’ll find it’s much cheaper than buying pints in a pub. There are plenty of websites with online tutorials, but attending a workshop might be the most efficient way to learn. The Beer Academy has a wide variety of courses for all levels, (including City & Guilds and NVQ accredited ones if you’re serious about brewing) and London Fields Brewery do one-day home brewing classes priced at £95, with lunch and all necessary equipment included.

Once you’re ready to produce your own beer at home, you’ll need to buy ingredients and equipment - the easiest option is to purchase them online. Beer kits are ideal for beginners as ingredients are already measured out, more adventurous brewers can buy the yeast, hops and grains separately. Check out Art of Brewing and Craft Brewing. 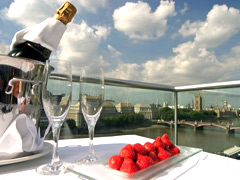 The Luxury Guide to London
See London... in style. 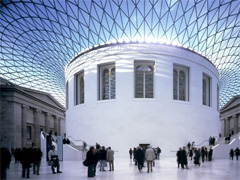 A guide to London’s free attractions
London, expensive? Non-sense! Here's a load of great stuff you can do for free.